Why Is Milestone Consulting Pitching Factored Structured Settlement Payment Streams as Annuities When They're Not?

MIlestone Consulting states that it is boycotting the National Structured Settlements Trade Association "because of its ties with insurance companies" and because of its failure to protect plaintiff rights, while upon information and belief, the Milestone CEO benefits from and has not renounced his NSSTA CSSC 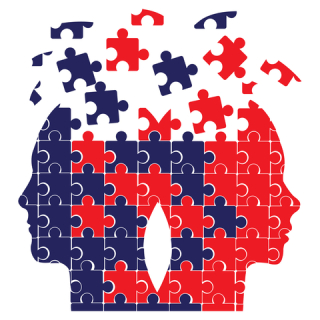 benefits from and has not renounced his NSSTA CSSC designation on his LinkedIn profile(at time of publication) and  Milestone is contracted and appointed  with some but not all NSSTA member companies issuing structured settlement annuities, who are being "tarred and feathered" at the expense of the Factored Structured Settlement Payment Rights Milestone touts using the tertiary market's scam label "Secondary Market Annuities" while Milestone uses the names of the companies to market the alleged safety of the investment on its blog.

"If you are dead set on having a guarantee from a major insurance company for payments," they say "then consider a secondary market annuity, or structured settlement that is being transferred or sold by another. These annuities offer yields of four to six percent and are guaranteed by the same insurance companies that offer brand new ones through their brokerage distribution channels. By being a buyer of someone else’s structured settlement, you are giving yourself an actual competitive yield, and helping another family who for whatever reason is being forced to sell".   MIlestone blog 1/11/2020

" After all they are issued by the very same insurance companies that issue all structured settlements like Metropolitan, Prudential and Berkshire Hathaway" Milestone Legal Examiner 1/17/2020 by Milestone CEO

And the dead wrong,  "The annuity policies that changed hands were the guaranteed annuity policies from major insurers like New York Life, Metropolitan, Prudential, MassMutual, John Hancock and others".   Milestone Legal Examiner  March 5, 2018 by Milestone CEO

A. Following is an excerpt of a published opinion of the Office of General Counsel New York State Insurance Department (now Department of Financial Services) dated September 24, 2007:

"Turning to the question about advertising donations to certain not-for-profit organizations like association of trial lawyers, note as an initial matter that in Opinion of General Counsel No. 07-03-07 (March 12, 2007), the Department stated that “nothing precludes the agent or broker from making charitable contributions so long as the advertising of a charitable contribution as an incentive for new insurance business does not constitute an improper inducement in violation of Insurance Law § 2324.” This statement applies with equal force to life, accident and health insurance policies for which such an inducement would be a violation of Insurance Law § 4224.

The inquiry references an “affinity program” of an association representing trial lawyers. To participate in the program, a business must sign an agreement that provides for certain advertising-related services by the not-for-profit in exchange for a contribution from the participating business. The member businesses are responsible for providing all advertising content. The association urges its members to make purchases from any business that has joined the affinity program.

If this form of arrangement were strictly an exchange of compensation by an agent or broker for advertising services, the Department would regard the contributions as fees paid for permissible advertising, and not donations to a not-for-profit. In that circumstance, the contributions would not constitute an inducement in violation of Insurance Law § 4224.

Sadly that's not all.

The same January 11, 2020 blog posts claims that Milestone "has been at the forefront of advocacy for plaintiffs since our inception in 1999" . Really Milestone?  While the Milestone CEO has indeed been in the business since 1999 where he started with EPS Settlements Group  (now Arcadia), Milestone was only established in 2012 (not 1999), according to its LinkedIn profile.  Second, here is a fax cover sheet from March 5, 2002 sent on behalf of the MIlestone CEO (then with EPS Settlements Group) who was the defense structured settlement broker on a medical malpractice case.  Download FAX cover sheet EPS-John Bair 3-5-2002." Note that Milestone now uses the same FAX number. A December 15, 2003 article in Buffalo Business First promoting his former company Forge Consulting, states that the Milestone CEO "was with EPS Settlements Group for 3 years" and " Bair continues. "It's why I ultimately launched this company  (Forge). It's what drove me personally to seek out a new environment to allow us to represent plaintiffs. Why was it necessary to embellish by "moving the chains" to attempt to bury EPS?  It's not like it can't be found. Why not just say you've been a plaintiff advocate since 2003?

Milestone suggests "educating yourself about non-qualified assignments which allow for tax deferral on the earnings of your settlement, and tax-exemption on the principle. (26 U.S.C. § 130c)"