Annuity.org is an easy whipping post because a good degree of what they publish is inaccurate and useless to consumers. When it comes to structured settlement social media road kill, Annuity.org are a murder of crows of structured settlement misinformation. There is enough inaccuracy to  make weekly dump runs so that it seems fair to introduce a weekly feature as a service to consumers as penicillin for the information.

I've got a six pack for you this week 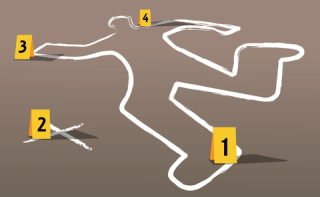 Annuity.Org Road Kill         "A payment for a structured settlement that is discontinued when the annuitant dies. The family does not receive remaining payments".

Here's What's Up                   A payment that is only made if the Measuring Life is living.  Logically there are no remaining payment so there is no beneficiary of life contingent payments  "The family"?  The Manson Family? The Addams Family?  or Modern Family?

Annuity.org Road Kill         "The difference between the cash value of an annuity now and the value years later".

Here's What's Up                    Obviously written by someone who does not understand basic finance.  Take that into account when you consider that present value is a number that can be easily manipulated using different discount rates.  Annuity.org is a lead pimp for companies like CBC Settlement Funding which can you no more than pennies on the dollar for your payments.  What you have left years later could even be zero.  Present Value and Future Value are Time Value of Money calculations using a discount rate/ PV answers the question of "A dollar in the future is worth what today?" at a stated discount rate. The Future Value might answers the question what if I invest $25,000 today at X% interest for 18 years, howi much will I have in my newborn's college fund?

Annuity.org Road Kill             An annuity purchased from the original owner, then transferred to a third party, which may then sell payments at a discount.

Annuity.org Road Kill            "The contract stipulates that if the annuitant dies before all income benefits are paid, a beneficiary will receive the difference".

Here's What's Up                   An installment refund annuity is an annuity with a provision stating that if the Measuring Life dies before receiving payments at least equal to the amount he/she paid as contributions, then the named beneficiary receives the difference in monthly installments over a period of time.

Annuity.org Road Kill            The difference in profit or loss when an asset, like an annuity, is purchased or sold.

Here's What's Up                  Capital gains don't involve losses. That's why it's called a capital gain. The silly willies don't read their own snippets"Annuities are tax deferred.. Withdrawals and lump sum distributions from an annuity are taxed as ordinary income. They do not receive the benefit of being taxed as capital gains". Annuity.org  August 6, 2019. .

Here's What's Up                  Award or reward, that is the question.  A reward is recompense or premium offered by government or an individual in return for special or extraordinary services to be performed, or for special attainments or achievements, or for some act resulting to the benefit of the public; as, a reward for useful inventions, for tlie discovery and apprehension of criminals, for the restoration of lost property. See Kinn v. First Nat. Bank, US Wis. 537, 95 N. W. 9G9, 99 Am. St. Rep. 1012; Campbell v. Mercer, 108 Ga. 103, 33 S. E. S71.t.  (Source: Black's Law Dictionary)

An award in a legal context is a written decision from a court that must be followed.

A. A structured settlement is not an award or a reward. 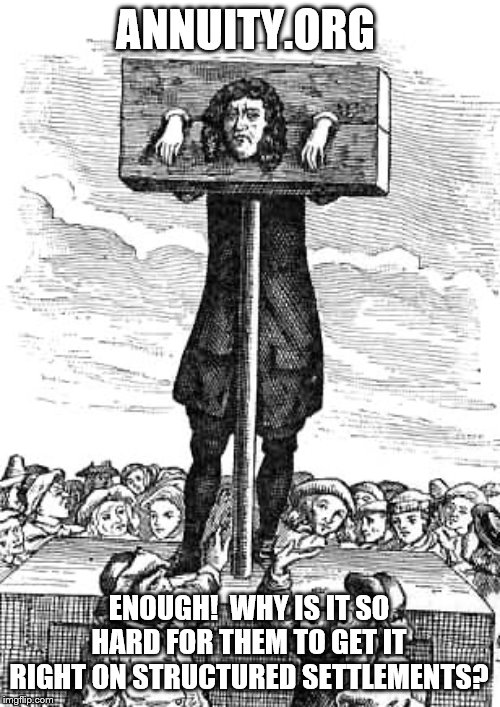