Seneca Originations, LLC pulled an "if you like my Boddie and you think $25,000 is sexy, c'mon Judge-y let it go" (through) with the Supreme Court of the State 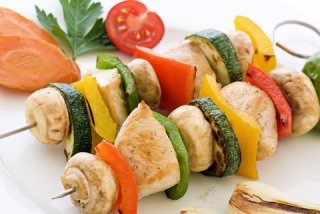 Selling your structured settlement is, without exception, a pennies on the dollar money losing value proposition. Our sources tell us that Catherine Phillips should have been able to get $45,000-$50,000 for her payments with a 6.1%-7.0% discount rate.

What was shocking was the Affidavit Support o signed by Rod Boddie , the General Counsel of Seneca Originations, LLC on June 6, 2019, a lawyer and member of the Maryland Bar under oath under penalty of perjury that the what he declared is true and correct.  As they say "Every picture tells a story don't it?""

The same month as Boddie's affidavit,  Stan Fitzpatrick, then of Rightway Funding, a Fort Lauderdale company that brokers structured settlement factoring transactions and a competitor of Boddie's company, contacted a New York structured settlement annuitant that I know and misrepresented to the client and to me, that Metropolitan Life Insurance Company was going out of business.

Boddie stated that "the effective interest rate of Catherine Phillips' transfer which is favorable in comparison to industry standards and is comparable to major credit card rates. As a comparison, Wells Fargo Cash Back card features an APR range of 16.24% to 28.24% and the U.S. Bank Cash+ Visa Signature Card featured an APR range of 16.24° to 25.74%. The $25,000.00 that Catherine Phillips is receiving is the present fair market value for this type of transaction".   [see Boddie Affidavit para 11}

During Boddie's tenure as General Counsel of Seneca One, at the same address as Seneca Originations, LLC