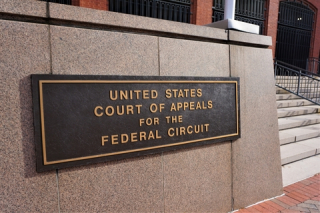 his claim seeking damages for breach of a tort settlement agreement. See Langkamp v. United States, 131 Fed. Cl. 85 (2017) (“Court of Federal Claims Decision”). In its November 27, 2019 decision, United States Court of Appeals for the Federal Circuit concluded that the court erred in holding that the United States had no continuing liability for the future monthly and periodic lump-sum payments specified in the (settlement) agreement, and reversed and remanded.

In 1980, Trevor Langkamp, then a toddler, suffered severe burn injuries at a property owned and operated by the United States Army. Langkamp’s parents, Joseph and Christina Langkamp, brought an action against the United States under the Federal Tort Claims Act (“FTCA”), 28 U.S.C. § 2674, in the U.S. District Court for the Western District of Michigan.  An annuity was purchased from Executive Life Insurance Company of New York (ELNY) as part of the settlement. ELNY was liquidated in August 2013. Following the ELNY liquidation and the folding of assets in to Guaranty Association Benefits Company. Guaranty Association Benefits Company (GABC), a not-for-profit captive insurance company domiciled in Washington, D.C., was created by the 40 state life and health insurance guaranty associations triggered by the liquidation of Executive Life Insurance Company of New York (ELNY) to pay out benefits to ELNY payees and certificate holders. A number of the payees suffered and continue to suffer from shortfalls.

Several payees have tried to sue the government over ELNY shortfalls and failed. In its March 31, 2017 decision in Karen L. Shaw et al v The United States (no. 14-783C), the Court concluded, that the plain language of the Settlement Agreement demonstrates that the government did not unequivocally guarantee that it would make annuity payments in the event of a default by the annuity company. The decision was affirmed on appeal August 20, 2018.

The United States Court of Appeals for the Federal Circuit in Langkamp case focuses on the settlement agreement. The government’s commitment was inherent in the language of the agreement, the opinion by Judge Haldane Robert Mayer said.

(“[T]he defendants . . . will pay to the plaintiffs . . . the sum of $239,425.45 as an upfront payment . . . and a structured settlement for the benefit of Trevor Langkamp, which sum shall be in full settlement and satisfaction of any and all claims said plaintiffs now have or may hereafter acquire against the defendants . . . on account of the incident or circumstances giving rise to this suit. providing a schedule of future monthly and periodic lump-sum payments and stating that “the plaintiffs hereby agree to accept said sum in full settlement and satisfaction of any and all claims and demands . . . which it or its agents or assigns may have against the defendants  The government additionally contends that if the Settlement Agreement is ambiguous it should be interpreted in a manner that preserves its enforceability. In its view, Langkamp’s reading of the agreement—which imposes continuing liability for future payments—would render it unenforceable because the Assistant U.S. Attorney who signed the agreement on the government’s behalf had no authority to settle Langkamp’s claim for more than $400,000, J.A. 136–40, 162. This argument falls flat. As a preliminary matter, we discern no ambiguity regarding the government’s payment obligations under the Settlement Agreement; it means what it says when it requires the United States to “pay . . . a structured settlement” to Langkamp.   Even if we were to assume arguendo, moreover, that there is some ambiguity in the contract language, there is no indication that in 1984 the present value of the government’s obligations under the Settlement Agreement—including the initial cash payment and the stream of scheduled future payments—exceeded the settlement authority delegated to the Assistant U.S. Attorney. In this regard, the “‘total present value’ of a payment stream plausibly refers to its cost, not to the amount a beneficiary receives.” Ezell v. Lexington Ins. Co., 926 F.3d 48, 50 (1st Cir. 2019); see also Old Republic Ins. Co. v. Ashley, 722 S.W.2d 55, 57 (Ky. Ct. App. 1986) (explaining that although certain annuities had “an estimated yield of $2,853,000,” they had a “present value of . . . $732,000”). Here, after disbursing the required “upfront payment” of $239,425.45, J.A. 133, the government spent $160,574.55 to purchase two single premium annuity policies from ELNY, policies which promised to make all the monthly and periodic lump-sumpayments"