« Somerset CEO Pays "Secondary Market Annuity" Buyer to Settle FINRA Complaint | Main | Fairfield Funding "Never Pay More Than" Discount Rate is Financial Rape, So Is One Third of It in 2019 »

Why Do Insurers and Hedge Funds Not Want Regulation of Structured Settlement Secondary Market?

According to a 2018 investor presentation by a Buffalo New York structured settlement firm obtained by this author,  40% of investors in structured settlement payment rights are hedge funds, 50% life insurance companies and 10% individual investors. That could mean that some of the worst cases of financial rape of minorities, retirees end up benefiting rich hedge funds and their investors and life insurance companies. 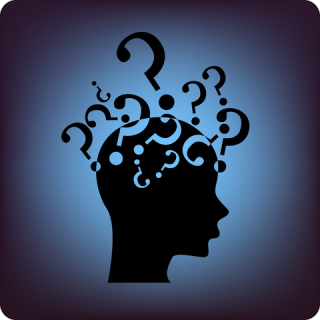 Why is there no licensing, no minimum insurance requirement and no regulator of the corrupt structured settlement secondary market industry that benefits life insurers and hedge funds who buy their work product as investments?

The structured settlement secondary market is a highly corrupt industry:

And when you consider that 90% of the investors in factored structured settlement payment streams are insurance companies and hedge funds, you have to scratch your head and say why is there no regulation?  Something stinks.

For starters, read about the Lauren Ashley Nesbitt case where Seneca One hosed an Oklahoma resident for over $1 million in profit spread and then flipped (assigned the rights to) the payments to Reliance Standard Life Insurance Company, a member of the Tokio Marine Group. If you click on the link within the linked post at the beginning of this paragraph you will be able to see it in black and white.  Tokio Marine's property casualty arm uses structured settlements to help resolve and settle claims against its insureds.  This is not an indictment of either of these companies, however corporate management of Tokio Marine and Reliance Standard should take a long hard look at what they are buying, BEFORE they buy, in my opinion to avoid the bad optics and reputational risk.

What will be the impact of the accounting change> Will forensic research show more questionable deals acquired by insurers either individually or through securitizations?

What will a review of the blue books of certain insurers say now that these instruments can no longer be buried as annuities or insurance products?

In these days of heightened attention to corporate ethics, is it time for corporate governance at life insurers to address what they are investing in?  Can a life insurer afford to bury its head in the sand believing that buying through a securitization is a way to bypass such scrutiny?

Is it time for the clients of hedge funds and the hedge funds themselves to pay more attention to what they are buying?