Not reviewing and/or updating and confirming the beneficiary designation on your structured settlement can have unintended  consequences as I wrote October 30, 2018 in Unintended Consequences Can Result From Not Updating Beneficiary When Life Changes.

It could mean leaving the residuals to your long gone ex-spouse, over your children or parents. 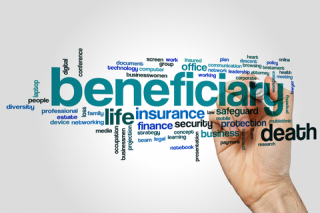 Review your beneficiary with any life change

The United States District Court for the Southern District of Texas (Houston Division) was tasked with resolving competing claims in an interpleader for remaining certain payments after the death of a North Carolina woman in 2017.

In 1987, Jennifer Lauren Wheatley settled a medical malpractice lawsuit against the United States through a settlement stipulation. The settlement provided in part that the United States would purchase an annuity that would pay Wheatley $1,000 “per month, increasing at 4% compounded annually, for life, commencing at age 18, guaranteed for 30 years.” Pursuant to the settlement, as is common practice with settlements with the government, the United States entered into an annuity contract (the “policy” or “annuity policy”) in 1988 with John Hancock Life Insurance Company.

In the typical structured settlement there is a qualified assignment of the future periodic payment obligation, pursuant to IRC 130. The qualified assignee is the applicant and owner of the structured annuity policy that is purchased of the so-called qualified funding asset.

Wheatley died in October 2017, before the end of the period certain on the annuity. Her father was appointed Adminstrator of her Estate by the General Court of Justice of Guilford County, North Carolina.

Shortly thereafter, John Hancock began receiving conflicting claims to the annuity proceeds. In November 2017, John Hancock received a letter from the Estate Defendants claiming that they were entitled to payments from the annuity. Then, in May 2018, John Hancock received a claim form from Wheatley's ex Jeremy G. Ward also seeking payment as the beneficiary of the annuity for the period from December 2017 through May 2018. John Hancock remitted $12,468.06 to Ward for the monthly payments under the annuity from December 2017 through May 2018 (the “Disbursed Payments”).John Hancock continued receiving correspondence from the Estate Defendants claiming that they were the entitled beneficiaries because the United States as the designated owner of the annuity was required to approve any change of beneficiary, and it did not consent to Wheatley’s 2008 change of beneficiary.

Due to the conflicting claims, John Hancock began withholding the monthly payments in June 2018. John Hancock filed the present statutory interpleader action in this Court pursuant to 28 U.S.C. § 1335 in August 2018. John Hancock is currently paying the monthly annuity funds to the Court pursuant to 28 U.S.C. § 1335.The Estate Defendants and Ward both asserted counterclaims and crossclaims in their Answers. The Estate Defendants asserted counterclaims for declaratory judgment, breach of contract, and negligence against John Hancock arising from the wrongful payment of the Disbursed Payments, and a crossclaim for declaratory judgment as to the Disbursed Payments against Ward.. The Estate Defendants subsequently requested leave to amend their Answer to include a fourth counterclaim against John Hancock for failure to pay and a delay in payment of the annuity benefits under Texas Insurance Code § 542.058 and attorneys fees.

Lessons to Be Learned