« Crowfly Paid Ad Spend $16,000 in One Month To Disrupt JG Wentworth Business is Not Enough | Main | United States Owned Structured Settlement Annuity Saves The Day in Texas for Estate over Ex-Husband of Decedent »

Have Lessons Been Learned Or Are Structured Settlement Brokers Going Retro in Pay to Play? 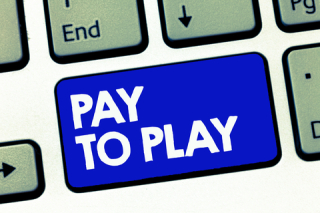 Is Pay to Play Rearing Its Ugly Head Again?

accounts. So called "3 and 1" deals involved 25% of the commission being funneled back to the insurer or a subsidiary in exchange for an agreement to work exclusively with a particular structured settlement brokerage firm, or a group of firms. This sort of business practice of a few led to class action lawsuits against The Travelers in the 1990s and The Hartford (ending in 2010 with a $72.5MM settlement). The shortsighted self serving actions of a few did nothing to instill confidence in structured settlement industry. Years after this nonsense went on a long hiatus, plaintiff lawyers were still skeptical about undisclosed kick backs. Undisclosed "kickbacks" also defraud excess insurers when the primary paid its limits but received the financial incentives on the back end.

In 2000, my firm and several others began voluntarily using a Structured Settlement Affidavit, a form of which is required in Bronx County New York and the 5 boroughs of New York City and Westchester County. It was out of a sense of pride in what we do and how we do it that led to this differentiator.

Deja Vu All Over Again?

Now, years after carriers that were participating in such practices abolished them, sources say that at least one NSSTA member brokerage firm is offering similar financial incentives to insurers and to service providers such as TPAS as an inducement to cop an exclusive brokerage agreement. At least one carrier has refused them. It begs the question about how many other insurance carriers have been offered financial incentives by the NSSTA member firm, how many insurers have accepted them in exchange for those financial incentives and whether or not those deals have been disclosed  in negotiations with plaintiffs. This is shortsighted, self serving and not in the best interest of the industry and those that it serves and serves an investigation.

Pay to play schemes and shake downs, including the solicitation of national, state and local level trial lawyer associations for massive donations by structured settlement brokers and settlement planners, heavy handedly encouraging lawyers to give work to the big donors, without disclosure of such contributions to their plaintiff clients, are arguably not doing their clients anyt favors either. The New York Department of Financial Services, in a legal opinion letter by the Insurance Department's Ofice of General Counsel in September 2007, in response to a Buffalo structured settlement firm's full page advertising that it was the largest non law firm contributor to the ATLA (now AAJ) endowment), emphasized it was unlawful to advertise contributions to trial lawyer associations. Yet some big donors that are structured settlement brokers often do, even in New York in 2019.

In a 2002 article which quotes officers of Creative Capital entitled "Structured Kickbacks: The Fraud Within Structured Settlements"  it was said "There are defense oriented brokers such as CCI who don't play funny games with the numbers and give both sides a square deal,” added (Jeff) Borow. “It would be a shame if CCI and other honest brokers kept quiet just as the rebating scandal became public knowledge.” CCI's stated position, however, is that such commission/kickback arrangements amount to transparent and feeble attempts to thwart the anti-rebating laws on the books in most states...The Alleged Abuses: Rebating of commissions Illegal as it might be for an insurance broker, agent or company to provide a financial incentive to the purchaser of an insurance product, such arrangements do exist and in effect reduce the cost of the premium paid for that annuity. (Marty)Jacobson pointed out that a partial return of the premium paid, or the payment of some of the commission earned on the placement of a structured settlement annuity from the broker
placing the annuity to the casualty company paying the premium, amounts to the payment of a rebate. Labeling the rebate as a “service fee” or as an “administrative fee” is legally ineffective, he observed. Paying the rebate to a subsidiary of the carrier is also improper. “Remember, if it looks like a duck, waddles like a duck, and quacks like a duck, it is a duck, regardless of what someone tries to convince you it is,” added Jacobson".