Crowfly Paid Ad Spend $16,000 in One Month To Disrupt JG Wentworth Business is Not Enough

Former Apache pilot John Bair is going after JG Wentworth's scalp, to the tune of about $16,000 in one month paid online ad spend. Google Ads and similar, are the expensive annoying ads that appear above the organic search engine results when you search for something on Google and other search engines that often take up half the page for popular key words.

According a well known data analytics program, Crowfly.com has a $525/day ad spend with the following structured settlement factoring key words, The Crowfly website is apparently not getting organic traction however, and relies on expensive pay per clicks such as: 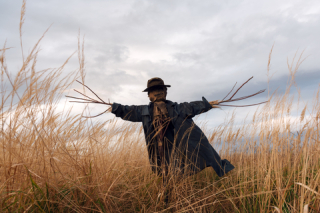 When "informed" of the latent insurgency, JG Wentworth Corps Of Engineers erected something suitable for the occasion,  to which the someone muttered "Make it Rain, on The Scare Crow". Ain't that America folks?

According to an investor who contacted me the other day, there were only 5 deals on the Crowfly platform last week, all lump sum deals. Crowfly purports to offer an online "exchange" for buyers and sellers to facilitate the transfer of structured settlement payments.

According to the same analytics platform, in late 2018 Milestone Consulting, the related structured settlement brokerage, had purchased the following factoring key