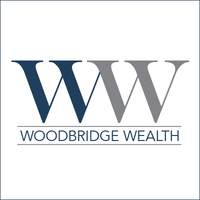 Robert Shapiro, former owner of Woodbridge Group of Companies LLC and two former directors of investments have been charged criminally, in the Southern District of Florida, with orchestrating a massive investment fraud (Ponzi) scheme.  Woodbridge Structured Funding LLC was one of the controlled LLC and filed for bankruptcy on December 4, 2017, the 3rd Structured Settlement Factoring Bankruptcy in 1 month in 2017.

The Charges Against The Woodbridge Trio

Shapiro, 61, of Sherman Oaks, California, Dane R. Roseman, a/k/a “Dayne Roseman,” 35, of Encino, California, and Ivan Acevedo, 42, of Chatsworth, California, were charged, by an indictment out of the United States District Court for the Southern District of Florida that was unsealed last month, with conspiracy to commit mail and wire fraud and substantive mail fraud counts (Case No. 19-20178-CR-Altonaga/Goodman). Shapiro and Roseman were also charged with substantive wire fraud counts. In addition, Shapiro was charged with conspiracy to commit money laundering and evasion of payment of federal income taxes.

Shapiro is in custody and faces sentencing October 15, 2019. Considering the similarities in size between the Ponzi schemes of Scott Rothstein and Robert Shapiro, one wonders why Shapiro is up for a maximum 25 years, a quarter of a century less than Rothstein

What Did Robert Shapiro and his co-Defendants Do?

According to the indictment, the owner of Woodbridge Group of Companies LLC (Woodbridge) Shapiro, and his former Directors of Investments, Acevedo and Roseman, orchestrated a massive Ponzi scheme through the business. They ran their scheme through Woodbridge offices located throughout the United States, including Boca Raton, Florida and Sherman Oaks, California. The conspiracy ran from July 2012 to December 2017, and involved material misrepresentations and material omissions to investors in the sale of Woodbridge investments. Through telephone and in-person conversations, emails and website displays, Shapiro, Acevedo, Roseman and their co-conspirators promoted speculative and fraudulent securities to potential investors, targeting elderly investors who had Individual Retirement Accounts (IRAs). Shapiro hired sales agents to solicit potential investors from the Woodbridge “phone room” that Roseman and Acevedo managed. The phone room functioned as a “boiler room,” and featured high-pressure sales tactics, deception, material misrepresentations, and investor manipulation. Through telemarketing, Woodbridge sales agents contacted potential investors located throughout the United States, and solicited, offered, and sold Woodbridge investments to them. For the fraud-based investments, the defendants and their co-conspirators’ main business model was to solicit money from investors and, in exchange, issue investors promissory notes reflecting purported loans to Woodbridge that paid monthly interest and matured in twelve to eighteen months. The defendants claimed that the investments were tied to real property owned by third-party property owners.

The indictment alleges that Shapiro, Acevedo, Roseman and their co-conspirators, made and caused others to make materially false and fraudulent statements to induce investors to provide money, such as, that Woodbridge investments were “low risk,” “simpler,” “safe” and “conservative;” that Woodbridge was profitable, but in reality new Woodbridge investor money was used to pay prior Woodbridge investors, and that third-party affiliates were property owners, when in fact Shapiro owned nearly all of the real property at the center of every investment product offered by Woodbridge.

According to the indictment,, spending millions on personal expenditures, such as $3.1 million for chartering private planes and travel, $6.7 million on a personal home, $2.6 million on home improvements, $1.8 million on personal income taxes, $1.4 million to his ex-wife, and over $672,000 on luxury automobiles.

The indictment further alleges that Shapiro caused most of the Woodbridge companies to file Chapter 11 bankruptcy, which caused investors to suffer substantial losses, as they were owed close to $1 billion in principal.

At least 2,600 of these investor victims invested their retirement savings, totaling approximately $400 million.