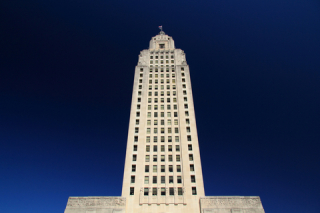 flawed Structured Settlement Protection Act with a new statute largely conforming to the National Conference of Insurance Legislators (NCOIL) Model SSPA. The new statute, which will not take effect until July 1, 2020, also includes registration and bonding requirements for factoring companies seeking to acquire payment rights of Louisiana residents, plus prohibitions intended to curtail “poaching” of transactions by competing factoring companies

•Replace the existing Louisiana SSPA with a statute conforming closely to the NCOIL Model, except that unlike the NCOIL Model the new Louisiana statute still will condition any transfer of structured settlement payment rights on a judicial finding (among other findings) that the payee has received independent professional advice.

•Omit the provision under which SSPA transfer orders could have been retroactively invalidated because the transferee was not registered and the...

The registration and bonding and independent professional advice provisions couldn't come soon enough.  In what is known as the " Bourque case" (which I exposed in 2017) a Houston personal injury lawyer named Patrick Daniel, a member of the Louisiana and Texas , advised his clients to accept a structured settlement on one day, while on another day, 16 months later, armed with the personal knowledge gained from 5 years of dealing with the clients, directly or indirectly enters into a contract with a client to buy their structured settlement payment rights at a grotesque discount rate of 22% (that was misrepresented to the clients and the Court as a lower rate).

Smaller structured settlement factoring companies fear that high registration fees will make it more difficult to compete, while the proponents of the anti-poaching crusade argue that they spend a lot on marketing only to be gazumped when some court scraper sees the Court filing and comes in from another source with what may be a better deal financially for the seller. While some of the bad players in the structured settlement secondary market are spin offs from larger players, some bad actors are members of the National Association of Settlement Purchasers. Without a regulation of sales practices that can put a bad actor out of business I wonder how completely effective such laws can be. Consider that recently an NASP member CBC Settlement Funding was linked to NLRBFCU.org, that fraudulently promotes a fictional woman as its Editor in Chief. The fictional woman has fictional credentials. How does the new Louisiana law protect citizens of Louisiana from the likes of NLRBFCU and sites and companies associated or profiteering from it?