Laura Bushnell is a name that is held out by NL Brand Reviews (NLRBFCU.org) as its Editor-in-Chief, 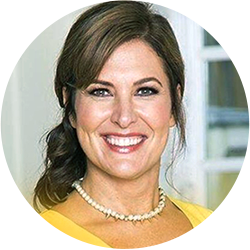 with fraudulent credentials and no Linked-In profile.  There is a Laura Bushnell who is a clairvoyant that looks nothing like the image to the right.

The NL Brand REviews fraudsters claim that "Laura Bushnell'  was educated at Northwestern University, was a Journalism Major with a Minor in Economics. Interestingly enough there is a professor at Northwestern University with the last name Bushnell and a professor in the same department with the first name Laura. Professor Bushnell confirmed with me today that he is not related to or familiar with a "Laura Bushnell".

I have been in touch with Northwestern University and I will get to the bottom of this. I do not suspect that there will be any student records for someone named  Laura Bushnell with the academic credentials cited by NL Brands as part of its effort to induce people to sell structured settlement payments for pennies on the dollar.

The structured settlement secondary market has seen this sort of conduct before. Ryan Blank and Richart Ruddie of Owings Mills Maryland and Ft Lauderdale Florida, created a fake character, Ryan Einstein, with fraudulent academic credentials in their elaborate fraud to deceive consumers as part of Einstein Structured Settlements. Blank and Ruddie associated companies and brands were banned from doing business in Maryland for 7 years from January 2018 following a Maryland Attorney General investigation.

David Springer of Amble Media Group, in Mt Airy Maryland, while associated with what a Maryland judge referred to in a legal decision as " purported company", Sovereign Funding Group, created numerous fictitious characters, finger puppets that he manipulated for deception. Notably David Springer assumed multiple female online personalities (as well as male) to perpetuate his fraud using the Better Business Bureau, LinkedIn , Facebook and Google Plus. David Springer further utilized fake academic credentials for "James Goldstein" to mask himself until the fraud was uncovered.  Mr. Springer continues his intentional misrepresentation on his LinkedIn profile by omitting and/or shifting the chains on materially significant swaths of his work (or purported work) experience.

While it's not clear if any of these bad actors are involved with NL Brands reviews, there is precedent, the table having been set for an industry laden with ethical skunks.

If the people behind NL Brand Reviews have to resort to lying and cheating in order to get your business, NL Brands is  not worth doing business with in the first place.