CBC Settlement Funding, LLC induced then 19 year old K.K. to enter into a structured settlement transfer agreement on February 19, 2018. "Then, Mr. and Mrs. K appeared before the New Jersey Superior Court in Morris County, NJ,  to advise that K.K suffered from severe mental illness and repaid $1,000 to CBC Settlement Funding LLC for the cancellation of the contract. That matter was filed under Docket No. MRS-L-000375-18". [Source : Letter of Ernest G. Ianetti, Esq to Hon. Philip J. Maenza , J.S.C. dated April 8, 2019, in court records]. 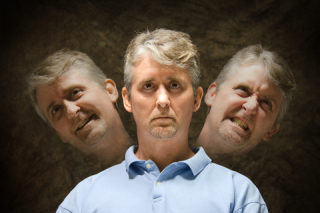 Why Does CBC Settlement Funding keep going to the Well of The Mentally Ill?  Just Gross

K.K., who was hospitalized for schizoaffective disorder, bipolar type. "...was hospitalized on March 7, 2019, following a 10-day psychotic episode that began on February 26, 2019, and culminated with his arrest and emergent hospitalization at St. Claire’s Hospital on March 7, 2019. On March 16, 2019, K.K. was transferred to Carrier Clinic where he remains hospitalized". The parents are now seeking guardianship. [Source : Letter of Ernest G. Ianette, Esq to Hon. Philip J. Maenza , J.S.C. dated April 8, 2019].

K.K. has parents that care and have the initiative and resources to do so.  How many young minorities with structured settlements slip through the cracks because they do not have the support system?