Should there be additional safeguards on the sale of structured settlement payment rights when the sale involves adult teenagers and other young adults? 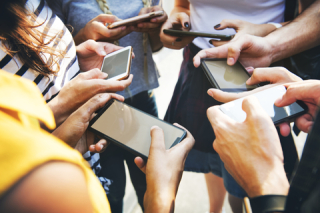 Unfortunately. when they are young and “know-it-all”, teenagers and young adults with structured settlements are heavily targeted and groomed by structured settlement factoring companies. According to one of our sources  (who was once a sales rep at a company that is a member of NASP), an officer of the NASP member company, reportedly told him that "you can't have a conscience and work here". Let that sink in for a minute.

The other day I received a  call from a 25 year old who suffered a tragic burn injury over the majority of her body as a child. The victim was first approached at age 18 and then, systematically eroded a substantial amount of tax free income through improvident structured settlement factoring transactions.  Not only were the deals all money losers, but some of the decisions that were made would most likely never have been made if the annuitant was required to speak with a Sudden Money advisor. Among them, following the sale of future structured settlement payments at terrible loss, was proceeding, without  purpose or direction, to dole out the pseudo "windfall" to hangers on.

The 25 year now laments the state of affairs and expressly stated that she wishes that her 18 year old self had someone like me to speak to. Moreover, she feels that it should have been mandatory.

The money grubbers that target these vulnerable young adults will shrug off the devastation that lies in their wake by saying " hey they were adults".

As is commonly done the factoring company started with the advising an 18 years old to sell early payments, which sets up a financially immature young adult for failure. Then you have folks like then youngster Cedric Thomas who was financially raped as a young adult by Novation Funding for more than $1.4 million. One company refers to unlicensed and credentialed employees as "annuity specialists".

What Is Being Done? What Can Be Done to Protect Vulnerable Young Adults

Simply relying on the structured settlement annuity issuers to object is not the answer however. Laws need to uniformly require independent professional advice for would be sellers. The buyers should be paying for the IPA, in my opinion, similar to what is required under California law.