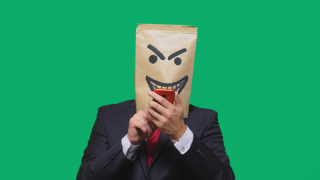 Is Pennsylvania retirees Losing Big Money on  their investment , in addition to legal expresses and costs, that were marketed to them as "Low Risk" a reason to gloat?

The term secondary market annuity is a massive untruth, a scam label that uses the cachet of annuities to attract investors. The scam labeled investment turned out to have been originated in a Florida fraud.  The Third Circuit also errs on the facts by referring to transfer of structured settlement payment rights as the transfer of a structured settlement annuity. Nothing could be further from the truth.

As I reported in February 2017. Altium Group, LLC advertised that 'Secondary Market Annuities are a High Yield, Low Risk financial investment vehicle. The Holmdel New Jersey company also claimed to " provide you safe, insured returns up to 8.00%. Invest in your future'"

Structured Settlement Derivatives have been intentionally misrepresented as annuities by a number of actors in the structured settlement tertiary market, who know that structured settlement payment rights are NOT in fact annuities, and in doing so, may attempt to 'disclaim liability for legal, accounting, tax, financial or other advice or guidance of any kind to purchaser" as has become evident here.  These middlemen also solicit settlement planners and financial planners, some of whom choose to perpetuate the intentional misrepresentation, in selling the derivatives to their clients.

In the Wall case, the deal originated by Corona Capital in Florida and then was offered up to investors on the shelf by Altium, which is a middle man, or stop on the distribution supply chain if you will. The only problem was that the underlying origination was subject to a fraud by the wife of a structured settlement payee who forged his signature. When the payee found out he moved to vacate the order. This led to a cascading effect on the Wall's " low risk financial investment vehicle" that was "safe and insured" and they've needed to spend thousands of dollars to try and protect their interests.

Altium claimed they were a victim too and, to its credit, introduced court order vacate insurance in May 2017. Court order vacate insurance is a policy that provides limited protection to investors in structured settlement derivatives. Collucio tells me that they require all the brokers who buy from their shelf must perform and have the client sign a suitability analysis the same way one is legally required when annuities are sold by insurance agents. Not very vendor of structured settlement derivatives does.

Unfortunately Altium was uninsured for the loss and the best that the Walls can hope for from their "low risk financial investment" is that the District Court rules in their favor on the unjust enrichment claim against Altium that was reinstated by the 3rd Circuit in its November 23, 2018 decision and there are assets to collect if a judgment is eventually rendered in their favor. The Walls invested $152,833.37 and I'm sure have incurred tens of thousands in attorney fees on the  "low risk investment vehicle" with "safe insured" return.