Structured Settlement Annuitant Bill Green, is being threatened by Novation Funding over advances given on a structured settlement factoring deal he cancelled for a grotesque deal offered by Synergy Settlement Solutions LLC  [ no relation to Synergy Settlement Services**]. Twelve days later another transfer application was submitted September 24, 2018, seeking approval to transfer structured settlement payment rights payments to Appleton Estate LLC. That petition was voluntarily withdrawn on September 26, 2018. When reached for comment, Robin Frank, counsel for Appleton, LLC, whose name appears on the notice of voluntary withdrawal stated to me she had no comment about client matters. 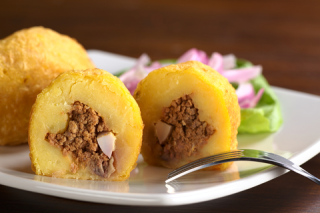 In a September 20, 2018 certified letter from Scott A. Topolski, demands liquidated of damages from William Green of $83,500.00  (see below for more details) and $16,500 on behalf of Novation Funding d/b/a PapaRellena, together with interest, collection costs and fees.  I guess if you choose to take financial advice from business with a company named after " fried stuffed potatoes" you should know the irony that you're going to "get stuffed".

Novation sued African American quadriplegic New York resident Frederick Shaw over cash advances after Shaw withdrew from a potential transfer deal when he felt like he was getting scammed by Novation  (according to a New York Supreme court filing).

Sellers Must Beware of Rip Off Liquidated Damages Clauses

Poaching is a big problem for structured settlement buyers. Gazumping competitors is an everyday occurrence. Novation Funding has instituted a self-serving liquidated damage clause in its sale and purchase agreements. Another major company shared with me that his company had talked about it but have decided not to implement them. Anyone who enters into such an agreement with Novation Funding, any of its DBAs, or anyone else with a liquidated damages clause has the potential to get really reamed for big money if you find a much better deal.  Be forewarned.  You must shop around now more than ever

In May 3, 2018 a petition to transfer was filed by Evariga a Novation DBA in Pinellas County. We'll leave alone that Novation's effective discount rate absolutely sucked at over 22%. Novation submitted the petition/complaint on May 3, 2018, bearing a contract with a 10% liquidated damages clause. Two weeks later an amended petition went in with a 20% liquidated damages clause. The transfer was approved in July 2018. EVARIGA v. W G  (aka Novation)
May 03, 2018FL Pinellas 6th Judicial Cir.18002874CI CivilJudge(s): PATRICIA ANN MUSCARELLA. Novation and/or its investors made an estimated profit of more than $560,000 on the  deal, according to out source, more than double what it paid BIll Green.

Enter Novation Funding's legal henchman Scott Topolski with the $100,000 liquidated damages infused demand described above.  The Synergy deal which has a pending Pinellas County Court date of October 29, 2018, was for the transfer of Berkshire Hathaway structured settlement payments, not the payments that "Fried Stuffed Potato Head" was going for in the July 2018 petition that was cancelled.]

According to its September 24, 2016 filing, The Appleton Estate LLC deal, while still not great,  had an even better discount rate than any of them. AS stated above Appelton voluntarily withdrew its petition 2 days after it was filed.

All the raptors pecking and attempting to rip the flesh away from William Green's structured settlement payments have ignored an important fact. In setting its ridiculous price for the transfer petition, it is clear that Synergy Settlement Solutions LLC deliberately concealed the fact from William Green.  The important fact that I am referring to is this:

Time for BIll Green's Settlement Planner to Stand Up and Be Counted!

I hope my industry brethren, the ones who like to whinge about Berkshire Hathaway's Hardship Exchange program, read what is going on in Pinellas County, Florida and and learn something from this William Green case. It's clear on this evidence as well as anecdotal evidence where Allstate annuitants were targeted  victims or attempted victims of structured settlement transfer companies who priced deals well in excess of the Hardship programs,  that Berkshire Hathaway and Allstate are on the right track. In fact more companies encouraged to do the same. One of Pacific Life's annuitants is a victim here too.  Judges, like Jack R. St. Arnold, and their staffs should be educated to flag any transfer petition involving transfer of structured settlement payment rights from an Allstate or Berkshire Hathaway structured settlement where the effective discount rate exceeds 6.5% (Berkshire Hathaway) or 8% (Allstate) . Given that Pacific Life already received a favorable Private Letter Ruling on a hardship provision in 2014, it would be nice to see them enter the mix.

I'd love for the plaintiff broker, retained by the Tampa Florida law firm of Darrigo, Diaz & Jimenez, who put William Green into the Prudential, Pacific Life and Berkshire Hathaway structured settlement annuities, to stand up and make his/her voice be counted. It is your work that is being destroyed. Call the plaintiff attorney who put their client into this deal. Get involved.  The hearing is October 29, 2018.

Who the heck is looking out for the best interests of the seller, Bill Green, a man who suffered from TBI? The judge? A judge approved Novation's crappy May 2018 structured settlement cash now deal. Gee whiz how much more could Mr. Green get without all the swine at the trough?  How about independent professional advice?

As a past victim of brand jacking myself, it is an outrage to see such behavior victimize an industry colleague who has devoted his career to maintaining a high standard of excellence for the benefit of the clients he and his firm serves.