« The "We Know Annuties" Scam | Annuity.Org | Main | How to Name a Beneficiary on an Annuity? Latest Strand on Sell Any Annuity "Financial Experts" Crock Chain »

" It's just like we don't exist" said Linda Cooper, a Florida senior, who invested her husband's retirement money in one of the secondary market "annuities" that were being pushed by Oregon based Somerset Wealth Strategies, in 2015. They were expecting to begin receiving payments in January 2018. 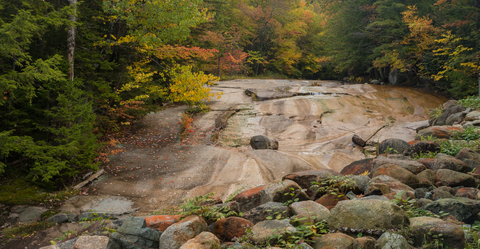 Florida seniors Linda Cooper and her husband invested retirement savings in a "Secondary Market Annuity" with Oregon based Somerset Wealth Strategies in 2015. They were expecting a river of income to begin January 2018. Instead they have received absolutely nothing.

In February 2017, Cooper received notice that payments were being suspended due to competing claims on the payments from victims of the Access Funding fraud in Maryland, which made the front page of the Washington Post. Last August Somerset sent a hopeful missive to those affected. Cooper, who I spoke with this morning, says she only hears crickets. No communication, no status updates and most important to the retirees who were dependent on the income stream and now have nothing, none of the expected payments.  That's not the way it's supposed to work with annuities, but then again what Somerset Wealth sold the Coopers, and many other customers, were not annuities. They were structured settlement derivatives that were scam labeled annuities. A secondary market annuity is not an annuity. It is an investment in structured settlement payment rights. There is an important difference. It was a difference that insurance licensed salespeople like Tom Hamlin and other leaders and salespeople at similar companies intentionally chose to ignore, ostensibly for marketing purposes.

Despite having spent what has been purported as substantial sums of money in legal fees and expenses,  in an attempt to protect the interests of its clients in  protracted litigation with the Maryland Attorney General, neither Tom Hamlin, nor Somerset Wealth Strategies,  has any control over what the Maryland Attorney General does or the Court system. But he DID have control over how Somerset Wealth marketed the investment to seniors like the Coopers.

The Cooper's story will not go away, nor will the Walls, or any other victim who chooses to come forward who has been sold structured settlement derivatives scam labeled annuities by Somerset Wealth or anyone else. The other day I spoke to someone who wanted to invest in structured settlement derivatives who had no idea about the Cooper or Wall cases or that court order vacate insurance was available. Sadly such insurance is not available for those mired in investments sold which originated from the Access Funding scam.

Why should legitimate annuities be tarnished by the misleading actions of salespeople of the derivatives?

Why should scam labelers get away with intentionally misrepresenting a product that they sold to seniors, or anyone else?

The sad thing about the situation is there are victims on both sides. The Access Funding lead paint victims and the victims of the misleading salespeople who sold the scam labeled derivatives as being annuities to retirees like Cooper and her husband.

Recycled Structured Settlements| Somerset "Hams" It Up  July 26, 2015   [the year the Coopers were sold their deal, Somerset was spinning deceptive marketing fluff as I reported in this article]