Robocalling is alive and well in the structured settlement secondary market, at a time when Novation Funding is amidst settlement discussions with legal representatives of class action plaintiff Kevin Buja. 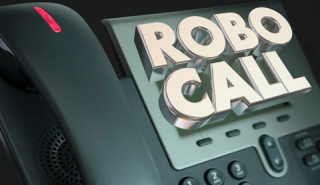 I received four robo phone calls from the same company, two on my office phone and two on my cell phone from the South Florida structured settlement factoring company that was offering cash for annuities.

Here is a recording of the robocall I received on August 24, 2018 claiming to be from the "annuity payment services department"

I hit one for the call to my office phone from 561-518-9641 and the sleepyhead caller from Belle Terre, Florida that answered the call grunted hello as if he were a twenty something who had a little to much partying on Las Olas last night. Highly unprofessional and should have stayed in bed. I had to ask the person for the name of his company. The company he identified is a member of the National Association of Settlement Purchasers from South Florida, however the President of the identified company denied the company uses robo-dialers.

Second call  (within minutes of the first call)

The second call, this time to my cell phone, from the exact same number  561-518-9641, was similar in nature. When I  pressed one, the message said the caller was unavailable and to leave a message.  Ridiculous. Does any structured settlement buyer really expect to get a fish on the hook with such a lame experience?

It's bad enough that the best value proposition that sleepyhead grunter from Belle Terre, Florida is to free an annuitant from his/her stable income for pennies on the dollar, but to do so without being transparent from the outset is downright sleazy and unprofessional.

Fourth call  Second call of the day to my cell phone minutes from 561-518-9641 after call number three.  I speak to a Paul who admits that it was a robocaller and it was  a mistake and they would take me off the list.