Novation Funding is bleeding from the neck with a gaping wound of its own doing. For years Novation Funding Solutions, the marketing name for Novation Funding has been misleading structured settlement annuitants with claims of Maximum Payouts, when it knows that not to be true and it's easily proven case after case, by those willing to make an effort to connect the dots. 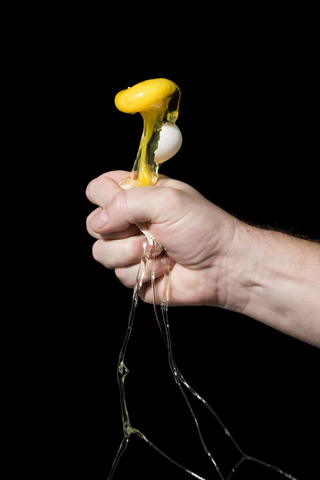 Client First is attempting to poach Novation's egg, but Lydell Todman can do even better than these two

name listed on the caption. Structured settlement factoring companies use numerous LLC’s so they are less likely to come up in court research, and use reverse initials/redacted information to avoid poachers, so that no other company can contact the seller to offer more money. Most of the time this type of case title there is a large amount of money at stake.

The seller Lydell Nicho Todman, is selling total of $641,996.40 in future payments for a purchase price of $192,434.34 at a discount rate of 11.98%. If approved, the purchasing company will profit roughly $130,000.00 from this transfer alone. From a numbers stand point, this is nowhere near a “fair and just deal” for Lydell Todman. This is money that if properly negotiated, could be going into Lydell’s pocket, not the purchasing company.

Unfortunately, like the Cedric Thomas case,  in attempting to reach Lydell Todman to inform him of these numbers and help him get his purchase price increased to the FAIR amount he deserves a dead end was reached by our source, a company that represents sellers as negotiators and does not originate deals. This may be due to “Notar 01 LLC” coaching Lydell Todman and using scare tactics to not speak to anyone until the transaction is complete. Because the address listed on the case file was less than 1 mile from their office, our source did make an attempt to knock on his door. They said that "the woman who answered the door, had no idea who Lydell Todman was, therefore noting the company used a false address for the defendant which is another common tactic used on an increasing basis. They may have taken steps to sequester the client prior to next week's hearing. We have seen it happen and a small price to pay when profiting $130k in the end."

Our source claims that if they were able to reach Lydell Todman they "would have been able to negotiate his purchase price to roughly $316,000.00 at the effective rate of 6.4%, still allowing him to work with the same company and keeping the same court date".

Again, the hearing is July 24, 2018 in the Palm Beach County Courthouse.

What Novation did in its still pending April application, was tack on millions worth of life contingent payments which is totally unnecessary and a move which they tried to use on the Junior Matos case, another recent example of Novation predation which I reported about last week. Their original transfer petition filed 4/20/2018 Case #2018CA004843 “Evariga V T, L”, was offering Lydell Todman $85,152.00 for a total of $5,257,174.68 in future payment

The motion to intervene by Evargia AKA Novation Capital in the Client First case, is a sad example of a structured settlement payment buyer trying to retain a massive profit deal due to the amounts of advances made to Lydell (They claim around $50,000.00 in advances with a 10% liquidated damages clause). Lydell was clearly contacted by a new purchasing company “Notar 01 LLC” which compared to the EvariGa deal seems like a great deal, but as our source has has set forth above, the Client First deal is no picnic either.

So the fact that Client First, via Notar 01 LLC, has attempted to poach Novation with a better deal, underscores that Novation Settlement Solutions' deal was not the "Maximum Payouts" that Novation advertises. By intervening, Novation  attempts to enforce a less attractive deal that has less than "Maximum Payout" and is an admission by Novation. And Lydell Todman, another minority, is getting screwed out of in excess of $120,000 of excess profit.