« Beware the "Muthaforkers" | Warning to 18-21 Year Olds With Structured Settlements | Main | Annuity.Org | A Cavalcade of Lies and Misrepresentation About Secondary Market Annuties »

"Conflicts of interest long common to parts of the annuity industry have crept into the structured settlement industry", claims Ethan Wolff-Mann, a Senior Writer for Yahoo Finance. To quote Todd Rundgren,  ""Hey baby, you're on a subliminal trip to nowhere". To support his overly broad, overly generalized and flawed conclusion, which I will dub The Alleged Phenomenon of " Undisclosed Lavish Trip Creep", Wolff-Mann relies on what amounts to jack, a single company that has a leaders conference attended by 30 people, a large number of whom represent injury victims. 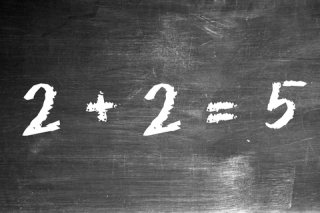 Like many agenda driven articles, it is carefully curated to use the term structured settlement broker in the negative, when settlement planners also attended all of the incentive trips.

The timing of the article appears to be in retaliation for Pacific Life's February 12, 2018 announcement that it has been named one of the World's Most Ethical Companies for 2018 by the Ethisphere Institute.

Wolff-Mann admits the (30) attendees must complete an I-9, they disclose the value of the trips on their tax returns and, attendees receive a 1099 from Pacific Life, according to my sources.  Somehow this is made out by Wolff-Mann into what amounts to a Jack Cheese conspiracy.

Pacific Life's incentive trips do not incentivize me (I have never taken one) and I doubt it influences many others.  What motivates me, as a settlement expert, to place business with Pacific Life, when I do, is that Pacific Life has consistently good rates for the cash flow segments for which they have an appetite, generally fixed periods certain for up to 20 years. In December 2015 I commented, after a single broker circulated a questionable email after returning from a trip, thanking the company and suggesting there would be quid pro quo on his part, "the thought that qualifying for an incentive trip could possibly override doing what is best for a client would be both unethical and unconscionable and surely not the sort of business conduct that the company, its compliance department or insurance regulators intend. It's insane."

Speaking of business conduct that could be described by the word creeping that Wolff-Mann missed: