The Phoenix law firm of Aaron Warner have been named in an Arizona Bar complaint stemming from a scheme to defraud the Courts and scam Google into de-indexing online content alleged to be defamatory. The January 26, 2018 complaint against Kelly Warner Law and 3 of its lawyers ties in Owings Mills fraudster Richart Ruddie, head of a reputation management outfit whose own reputation is in already in shambles following being banned in Maryland for 7 years over structured settlement factoring businesses.  In the Matter of Members of the State Bar of Arizona  PDJ 2018 v Daniel Robert Warner (Bar No. 026503), Aaron Matthew Kelly (Bar No. 025043) and  Raeesabbas Mohamed (Bar No. 027418) 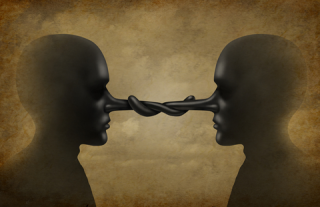 Richart Ruddie Files Fraudulent Lawsuit in Ruddie v Kirschner ostensibly, in an attempt to remove online criticism of Daniel Warner and Kelly Warner Law Firm from a well known complaint site. After Dan Warner's first attempt to remove the report in a copyright action on his own, resulted in complete failure,  Warner turned to the Owings MIlls bred fraudster. Richart Ruddie files a pro per lawsuit in Maryland using the same statements used by Warner in the copyright action, but alleging that Kirschner posted false and defamatory statements about Ruddie. The statements were about Warner not Ruddie.  The Bar complaint  states that Warner's conduct violates  Rule 42, Ariz R. Sup. Ct., ERs 1.2(d), 1.3, 1.4. 3.1, 3.3, 8.4(a), 8.4(c) and 8.4(d)

Richart Ruddie refers client Adam Lynd to Kelly/Warner Law.  Nu Profile is a reputation management company founded by David Lynd,  partner in Profile Defenders with Richart Ruddie  [As the result of another de-indexing scam in a Rhode island case, in February 2017 that had links to Annuity Sold, RIR 1984 LLC ,Ruddie paid restitution and was subject of an investigation by the Rhode Island US attorney].  Aaron Kelly is hired by Lynd to remove online defamatory statements posted by two supposed cooperating defendants Jesse Wood and Connie Hood. However, neither attorney Aaron Kelly nor his staff spoke with defendants about the substance of the case prior to filing the complaint. Wood and Hood were fabricated in order to obtain a stipulation of permanent.  Kelly knew the defendants were fabricated or failed to investigate the matter prior to filing says the bar complaint. Several of the claims were time barred by the statute of limitations.  In January 2016, attorney Aaron Kelly submitted a fictitious stipulated order for permanent injunction purportedly verified by individuals who were fabricated.

Richart Ruddie refers client Nicholas Gottuso to Kelly/Warner Law. Gottuso hired Aaron Kelly to remove online alleged defamatory statements posted by an supposed cooperating defendant Howard Marks.  The client was managed by Profile Defenders/Nu Profile. Rich@nuprofile.com was the main contact. The only direct communication with defendant Howard Marks was by email. Neither Aaron Kelly nor anyone at the Aaron Kelly Law firm spoke with the supposed defendant by phone, about the substance of the case and attorney Kelly was unable to produce a phone number for Howard Marks when asked to do so by the Arizona State Bar.  Howard Marks was fabricated and nota  real person created to obtain a stipulated permanent injunction.  Kelly took no steps to determine whether the statements were true or false prior to filing the complaint. The alleged statement was already time barred by the time Kelly filed the complaint.

Gil Cohen was a 2015 referral from Richart Ruddie to Kelly Warner Law. Cohen hired Kelly to remove online defamatory remarks posted by a supposed cooperating defendant Robert Smith. May 2015 Kelly files lawsuit against Smith, but took no steps to determine whether the statements were true or false prior to filing the complaint.  Robert Smith was fabricated in order to obtain a stipulated permanent injuction and is not a real person.The alleged statement was already time barred by the time Kelly filed the complaint

Don Varden was a 2015 Richart Ruddie referral to Kelly Warner Law. Varden hired Kelly to remove online defamatory remarks posted by a supposed cooperating defendant Damon Lentz. August 2015 Kelly files lawsuit against Lentz, but took no steps to determine whether the statements were true or false prior to filing the complaint.  Claim was time barred by statute of limitations. Damon Smith was fabricated in order to obtain a stipulated permanent injuction and is not a real person.The alleged statement was already time barred by the time Kelly filed the complaint

"Ruddie apparently arranged the filing of some such fake-defendant lawsuits; we linked him to several, though I found a total of about 25 lawsuits in various courts that had very similar boilerplate, and 15 of them gave addresses for the defendants -- addresses that didn't seem to correspond to any such defendant, at least based on the public record searches that we ran (with the invaluable help of Giles Miller, a private investigator at Lynx Insights & Investigations). But all these lawsuits were ostensibly filed by the plaintiffs without a lawyer. (I say "ostensibly" because it's possible that the reputation management company filed some of the lawsuits without telling the plaintiffs, and the plaintiffs weren't even aware that the lawsuits were going to be filed -- much less that they were fraudulent -- but were relying on the seemingly reputable reputation management company to just "do something" behind the scenes.)"  The Volokh Conspiracy  January 29, 2018

What Does Kelly/Warner Law Say?