Woodbridge and Robert H Shapiro Charged in $1.2B Ponzi Scheme by SEC

The SEC complaint alleges that Shapiro and Woodbridge used investors’ money to pay other investors, and paid $64.5 million in commissions to sales agents who pitched the investments as “low risk” and “conservative.”   Among the named Defendants is Woodbridge Structured Funding, LLC, which bought structured settlement payment rights and sold them to investors.  Woodbridge was the latest of 3 recent bankrupt filings of settlements purchasers

The Woodbridge scheme collapsed in early December as Woodbridge stopped paying investors and filed for bankruptcy protection.  Many of those targeted for the swindle were seniors. Robert H Shapiro, of Sherman Oaks, Calif., who left Woodbridge following its December 4, 2017 Chapter 11 filing,  is alleged to have diverted at least $21 million for his own benefit to charter planes, pay country club fees, and buy luxury vehicles and jewelry.

The SEC complaint charges Shapiro, Woodbridge and certain affiliated companies with fraud and violations of registration provisions of the federal securities laws. 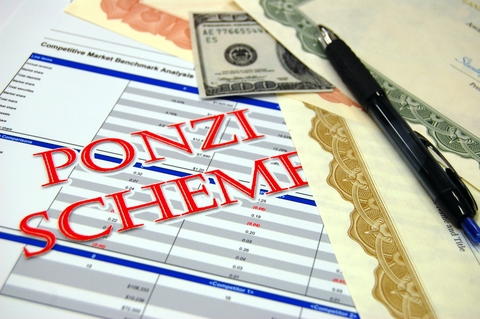 In May 2015, Secretary of the Commonwealth of Massachusetts,  William F. Galvin, charged Charles N. Nilosek and Position Benefits LLC of Plymouth  with acting as unregistered investment advisers and selling risky unregistered securities to Massachusetts investors. In a related matter, Galvin ordered three mortgage investment funds known as Woodbridge Mortgage Investment Funds 1, 2, and 3, of Sherman Oaks, Calif., and the source of the commercial mortgages known as Secure Bridge Loans, to pay a $250,000 civil penalty, to offer to return money invested by Massachusetts residents and to accept censure by the state Securities Division [ see  IN THE MATTER OF: POSITION BENEFITS, LLC, and CHARLES N. NILOSEK,  Respondents   COMMONWEALTH OF MASSACHUSETTS OFFICE OF THE SECRETARY OF THE COMMONWEALTH SECURITIES DIVISION Docket No. E-2014-0103].  Nilosek was a founder of a Massachusetts company that peddled structured settlement payment rights,  apparently sourced from Woodbridge Structured Funding, LLC (which is now known as Woodbridge Wealth), and intentionally mislead investors that the structured settlement derivatives were just like CD's in social media.

With respect to its  Ponzi scheme allegations against Woodbridge, the SEC has a motion for the appointment of a receiver over Woodbridge and the related companies is pending.

Perhaps Mt. Airy MD's David Springer feels somewhat vindicated today.  Woodbridge sued Springer in 2011 and Springer ultimately was found to be liable for defaming Woodbridge Structured Funding in a March 2015 decision by Judge Marvin Garbis in Maryland District Court. That lawsuit ironically stemmed from, among other things, the association of Woodbridge with the word "scam" in a multitude of search results, bearing links to a website webuypayments(dot)net, that a judge determined were (at the time) owned or controlled by David Springer.

One of the three major business lines of Woodbridge is Secondary Market Annuities according to its website. Secondary Market Annuities are not annuities and a secondary market annuity is just a scam label for structured settlement derivatives.  How many of those scam labeled derivatives were purchased by financial advisers and settlement planners and/or sold to their clients, mislabeled as secondary market annuities?