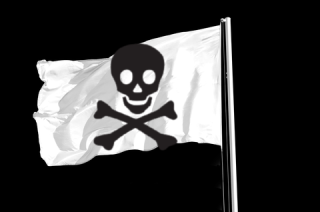 filed for  Chapter 11 bankruptcy protection on November 8, 2017 in the Southern District of Florida. In its bankruptcy Form 201 filing , Black Square Financial claims $234,996.83 in assets against $551,703.50 in mostly unsecured liabilities. It is the second structured settlement factoring company to file for bankruptcy protection this month.  JG Wentworth, the long time factoring industry leader also filed Chapter 11 as was previously reported.

Client First Settlement Funding LLC is listed as by far the largest creditor of Black Square Financial, with $425,000 in unsecured creditor claims. At time of filing, Black Square Financial was also delinquent in October 2017 payroll taxes owed to the IRS as well as essential costs of running its business such as lease payments for its office space, its CRM provider, research services and its cleaning service.  Black Square also owed $8,785.85 to employees Glenn hoffman, Ikewa Nesbeth, Chris Caputo, Brian Warheit, Kayron Marcilo and Blake Johnson and $2,973.08 to 4 independent contractors

One exhibit attached to Black Square Financial's Chapter 11 filing,  a print out from Quickbooks and appears to show that the Black Square co-mingles lender, seller and investor money in the same account as company expenses like buying tickets to Florida Panthers and fast food such as $15 to Dairy Queen $ 6.99 to Chick fil-A and a $6.99 bill for tacos.  What bonehead did not redact the name of an 18 year old customer from New York, whose name appears in the bankruptcy exhibit when all the others are redacted, before submitting the Chapter 11 form to a resource known to be open to the public?

Fraudulent, Ignorant or Both?

On July 10, 2017 Black Square Financial posted to its Facebook page the ignorant and possibly fraudulent claim "Take control of your policy! Access funds as you need them and structure your policy in a way that benefits you the most".  When people sell or transfer structured settlement payment rights they do not "take control" of the annuity policy.

Consumers should avoid advice from unlicensed non credentialed actors in the structured settlement secondary market.  There's no need to lower the bar when it comes to your money.