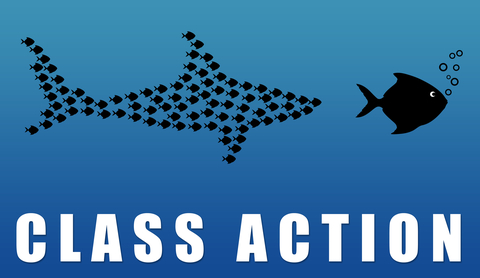 According to the Complaint,  Heretick hatched the scheme, which was designed entirely to defeat the regulatory scheme (which was designed to protect structured settlement annuitants), and to enable sales of the income streams from SSAs on terms that:

The scheme evaded the state and federal requirements identified above by creating what was, in name only, a judicial review process but which was, in reality, a rubber stamp for virtually every transaction brought before complicit judges by Defendant Heretick  (numbering in the thousands!).

* note the life insurers are only listed and referenced as nominal parties in the complaint. A nominal party is a defendant included in a lawsuit because of a technical connection with the matter in dispute and who is necessary for the court to decide all issues and make a proper judgment. However nominal defendants have no responsibility, no fault, and no right to recover.

The Purchaser Defendant acted to perpetrate the fraud by inducing each of the victim sellers to abandon the right each of them had to independent counsel or advice regarding the Purchase transactions. It did this, as alleged, by

ii Simultaneously, it also informed each and every victim that in fact they could not exercise this right in any way, because if they did the transaction would be either completely impossible to consummate or would take immeasurably longer to close.

Each Purchaser Defendant hired and paid Heretick to file these documents and to develop and operate the agreement with the Complicit Judges, pursuant to
which the court would accept and approve petitions even when they
i.  Were filed in bulk
ii. Waived each victim's right to counsel and to independent financial advice
iii.Were presented at hearings at which the victim seller was not
present and so could not be questioned by the court

iv. Included victims who were residents of and domiciled in other states, whom the Purchaser Defendants had arranged to travel to Virginia and make fraudulent representations that they were domiciled there

I FOR VIOLATION OF THE RACKETEER INFLUENCE AND CORRUPT ORGANIZATIONS ACT 18 U.S.C. §1962(c) (the 321 Henderson Enterprise)

III FOR VIOLATION OF THE RACKETEER INFLUENCE AND CORRUPT ORGANIZATIONS ACT 18 U.S.C. §1962(c) (the Wentworth Enterprise)

IV FOR VIOLATION OF THE RACKETEER INFLUENCE AND CORRUPT ORGANIZATIONS ACT 18 U.S.C. §1962(c) (the Seneca Enterprise)

V. FOR VIOLATION OF THE RACKETEER INFLUENCE AND CORRUPT ORGANIZATIONS ACT 18 U.S.C. §1962(c) (the SSILP Enterprise)

VIII FOR DEPRIVATION OF PLAINTIFFS' RIGHT TO DUE PROCESS OF LAW
IN VIOLATION OF 42 U.S.C. §I983