The Miami Herald gets an F for publishing the inaccurate and lazy reporting of a convicted Miami lawyer's criminal acts in forging structured settlement transfer documents and publishing a false narrative about structured settlements, despite the fact that there was more than enough concrete information out there on the Internet and freely available Broward County court records, for over 22 months the court records, 19 months from this blog and 18 months from a rival newspaper's accurate rendition of the facts and those of other legal commentators, for the Miami Herald to publish something accurate.

But the ABA Journal reporter, Debra Cassens Weiss, a graduate of Depaul University School of Law, whose bio on the ABA Journal website states that she is a senior writer/online, who joined the ABA Journal staff in 1986, who had worked as a news researcher for WMAQ-TV in Chicago, as a reporter and editor at the City News Bureau of Chicago, and as a newscaster at WMRO and WAUR radio (Aurora, Ill.), and therefore must be held to a higher standard, adopted what the Miami Herald published as fact, without apparently researching or checking any other sources and completely and irresponsibly flubbed her lines. The misinformation authored by Deb Cassens Weiss and published by the ABA Journal was then shared over and over again on LinkedIn and other social media.

The ABA Journal also has an unfortunate history of incompetent reporting about structured settlements. As I reported in 2011, Martha E. Neil, a legal affairs writer/online for Law News Now, could have simply read the criminal complaint against Scott Rothstein, in which there was no mention of structured settlements, instead of dredging up old and inaccurate information that the ABA Journal published.

What information was available about the Camacho forgeries if reporters from Miami Herald and ABA Journal made a minimal amount of effort?

When I learned about the Camacho forgeries on January 6, 2016, I was astounded that in the 90 days since Camacho was arrested and charged with multiple counts of forgery that not a peep occurred anywhere in the South Florida press. There was a story about a pizza delivery guy getting robbed, nothing but crickets on Camacho from the Miami Herald. Not only was it a great scoop for a reporter given that Camacho was a crook from Miami, the number of the forgeries was in excess of 100, but many of the companies that hired the convicted lawyer were from South Florida and there was an intentional cover up orchestrated by the structured settlement secondary market of the newsworthy story while wagons were circled. I personally broke the story on January 9, 2016, 44 days before any reporter anywhere broke the story, only days after Jason Sutherland on behalf of the National Association of Settlement Purchasers issued a public statement tantamount to "our poop does not stink"

In January 2016, I pitched the story all over South Florida,including the Miami Herald. The only newspaper with the balls to lead the story was the Sun Sentinel,  Sally Kestin, Investigative Reporter, and its court reporter Rafael Olmeda who was credited with the article. Olmeda and his colleagues took the time get their facts straight, namely that Jose Camacho forged structured settlement transfer orders. The Sun Sentinel story was published February 22, 2016 in its Crime section, 4 days later. They were the first, after me.

"In structured settlement cases, someone expecting a large payout in installments over a period of time will negotiate a deal with a buyer who agrees to pay a lump sum immediately in exchange for the future payments. Judges have to sign off on the transactions and will reject them if they conclude the original recipient of the payments is not getting a fair deal. According to an arrest report, Camacho admitted forging the judges' signatures and filing the orders with the clerk of courts"

Of note on the debrief to Ms. Cassens Weiss, Joe Patrice, AC/DC fan and author of one of legal commentaries that followed in Above the Law, a member of the ABA Journal Blawg Hall of Fame, said this, 18 months before Ms. Cassens Weiss' errant commentary:

"Attorney Jose Manuel Camacho, a graduate of the University of Miami Law School, reportedly admitted (though he has since pleaded not guilty) to forging the signatures of a gaggle of judges on court orders approving structured settlement deals for his clients. In Florida, judges have to approve this type of arrangement to guarantee it’s not a bum deal for the poor schmuck signing away their income stream for a lump sum of quick cash. Assuming we believe his admission, Camacho apparently didn’t think the bench was going to see things his clients’ way. Now he faces 14 counts of forgery".

Putting poor journalism on the subject of structured settlements in its place. Let's try to do better in the future folks. 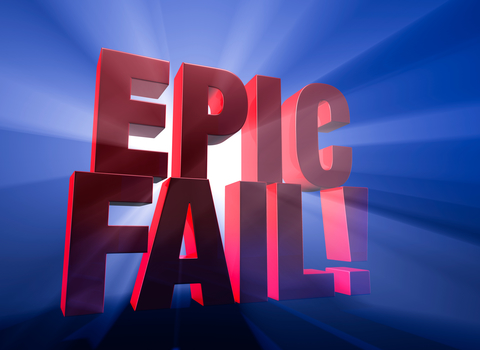