Following on from a particularly heinous case of abuse of a 19 year old New York resident at the hands of Novation Funding in 2015, I am currently reviewing all of Novation Funding's filings in New York to see whether the discount rates Novation charges New Yorkers can support or undermine their already disproven advertising claims that they give maximum payouts to sellers of structured settlements.

As a broader research band for New York and elsewhere, I seek to aggregate information about cases where buyers of structured settlement payment rights have unfairly targeted Allstate annuitants and bamboozled them into far worse deals than if they had simply gone directly to Allstate and juxtapose that data against the advertising of the companies.

Did Novation Funding Conceal the Existence of a Better Deal With Allstate From the Annuitant and the Court? 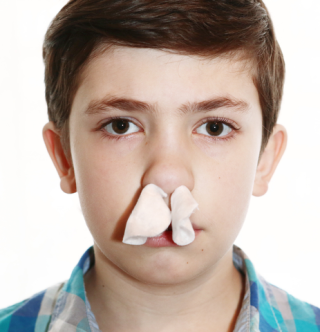 Currel Smallwood was a 20 year old Afro-American who got really skanked by Novation in 2014. According to the Petition filed by the NY law firm of Sacco & Filas on behalf of Novation Funding in April 2014, the payments to be transferred were $800/month from 5/22/2014 to 6/22/2021  $68,800 in payments for $36,000 in cash. The deal offered by Novation Funding had a nose bleed 18.88% discount rate. It seems particularly sinister to me, given that Allstate Life Insurance Company of New York offers an Advance Funding Exchange with an 8% discount rate. Kings County Judge Partnow, whose role in the transaction was to determine if it was in Smallwood's best interest, approved this very bad deal.  [ see 4/8/2014 filing Index 503019/2014 Supreme Court NY Kings County ] Had Judge Partnow been made aware of the AFEN it's possible that he would have addressed the issue of Novation's discount rate.

Novation Funding, which was founded in 2000, had to have knowledge of Allstate's Advance Funding Exchange program given that it has been in use since at least 2003, when Allstate filed with the USPTO to trademark the name. Yet the petition submitted by Sacco & Filas on behalf on its client Novation Funding, included in its statutory disclosure that Allstate did not give them a comparable quote and Novation quoted two companies that don't even offer structured settlements. I seriously doubt that the AFEN unit at Allstate was ever contacted.  Furthermore the affidavit signed by Currel Smallwood, indicates " that the sale to Novation is the sole financial option to pay for college", which was untrue. He had other financial options, given that a better discount rate was available with the annuity issuer. How much more could Currel Smallwood have had for college if he went to Allstate, or if Novation had the integrity to beat or get anywhere close to what Allstate would have given him.