The Dog Has it Maid Contest | Which Structured Settlement Broker Has "AIG** " On Its Face? 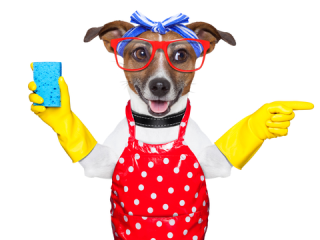 The Dog's Got it Maid!

I will give YOUR dog a bone,  IF you are the first person to correctly identify the "bonehead" member of structured settlement primary market which states that it (name of company) offers structured settlements through the following life insurance companies and lists among them American International Life Assurance (Company of New York) and AIG Life (Insurance Company).

You see American International Life Assurance (Company of New York)ceased to exist on December 31, 2010 as it was merged into United States Life Insurance Company  in the City of New York  (US LIfe). Didn't they read the memo sent to appointed brokers?  When was the last time they quoted AI Life? God knows how long it has been since AIG Life was writing, but it has been more than 7 years!

The errant colleagues also rely on The Hartford Wooby, a stale comparison of structured settlements v alternatives originally produced and distributed by The Hartford  in 1999 [before they were "slayed" (purportedly) by attorney Dick Risk and the "Resurrection"],  that some brokers became attached to like a favorite wooby like the kid in Mr. Mom.  The yolk is on them because these folks have a CD comparison that shows an FDIC limit of $100,000.  Of course the limit was temporarily raised to $250,000 October 3, 2008, extended once. Then on July 21, 2010, President Obama signed the Dodd-Frank Wall Street Reform and Consumer Protection Act into law which made the limit permanent. Prior to the passage of Dodd-Frank, the limit was set to drop back to $100,000 per depositor on January 1, 2014. [ see FDIC Press Release, July 21, 2010]

So I'm going to let everyone else roll up their sleeves with an irreverent, whimsical problem solving exercise that should require no more than a modicum of detective work for a chance to win something to make your pup happy.  It takes a village to clean up bad information folks.

The Dog's Got It Maid Contest