« Deferred Acquisition Cost Tax | Looking Under The Insurance Company Hood | Main | What is a Funding Agreement? »

Richard B. Risk "All of Us I Believe Have on Occasion...To Hide The Fact That We May Not Be Licensed in State Where Claimant Resides..."

In 2003, insurance agent and AIG antagonist Richard B. Risk implied to colleagues that he may have had his own thing to hide when he was an insurance agent. While 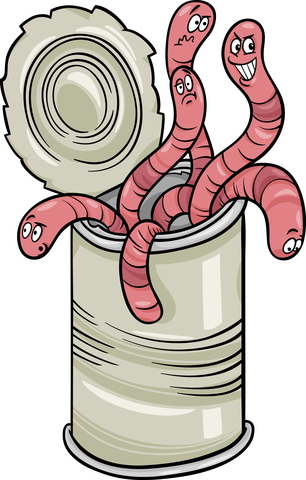 AIG antagonist, attorney Dick Risk was worried about opening a can of worms as an insurance agent in 2003.

collaborating on a draft press release for the Society of Settlement Planners that among other things questioned the ethics of insurers purported use of unlicensed claims adjusters to market and sell structured settlements:

"This may open a can of worms. All of us, I believe, have on occasion relied on the subtlety of the transaction to hide the fact that we may not be licensed in the state where the claimant resides".

About 5 years earlier as an insurance agent, Dick Risk viciously went after a female competitor in Oklahoma over the issue he describes as a "can of worms", that he implied to colleagues that he had on occasion relied on.

The above statement was made less than a year prior to Dick Risk ascribing his signature to a declaration under penalty of perjury that made statements that conflicted with statements made on Dick Risk's company website.

Richard B. Risk, Jr, and his son Robert A. Risk,  appear on the Department of Justice Annuity broker list for 2004  [ see page 11 on Download DOJ List of Structure Brokers  2004-2006] This means that Richard B. Risk, while simultaneously a member of the Oklahoma Bar and a licensed insurance agent would have had to have signed the 50.24 declaration, under the federal penalty of perjury, attesting to his substantial experience providing structured settlement services to defendants in each of the preceding 3 years at some point in 2004

Here's what the Risk website said in the 3 preceding years

Posted at 12:55 PM in Richard B. Risk, Jr. | Commentary About Dick Risk and his Positions | Permalink