Settlement Advocates Org "Offers the Highest Cents on the Dollar" But What's The Sense? 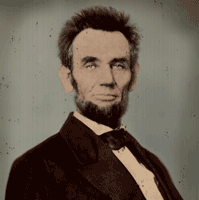 I see that Ryan Blank of Owings Mills, the registrant of the Settlement Advocates' domain in February 2017,  has retained a sense of humor despite his association with Richart Ruddie,  exposed as a scammer in the Washington Post and by the great legal work of Public Citizen's Paul Alan Levy. Ryan Blank was both a member of RIR1984 LLC Download RIR1984 LLC Ruddie and Blank, the company on whose account a check was drawn to pay for the process server for phony documents filed with a Rhode Island Court View RIR1984 check [same Owings Mills MD address on that check as Settlement Advocates' domain registration]. Furthermore Blank is associated with Annuity Sold, a representative of which emailed the phony documents in the Rhode Island case to the process server.  Coincidentally the registration of such site jives with Richart Ruddie getting his butt kicked in Rhode Island.

Here is a copy of the Memo Supporting Motion to Dismiss in the Rhode Island case .  The reference to Ruddie's companies with Ryan Blank appear on page 8 of 19.

Here is the a copy of the Settlement Agreement which references Richart Ruddie and RIR 1984LLC among others.

Do you Hate Court Scraping?

If you are a settlement planner that dislikes court scraping then you should be reminded of this January 31, 2015 post Court Scraping Was Key to JRR Funding Fairfield Funding Strategy, posted on the Prezi account of Ryan Blank, the same individual who registered Settlement Advocates.   Of course it was hastily removed after it was exposed and the account name was changed from Ryan Blank to "Ray Goldberg".

Do you Trust Working with Brand Whose Owners' Companies' or Brand's Ethics have included, but not limited to...?

Despite all of that, Settlement Advocates contends that it offers "a compliant method of compensation that abides by the SSP Ethics Code Rule #9" (an association it would not likely qualify for membership), which by the way states

(a) A settlement planner shall not participate in a structured settlement that restricts the right of a claimant to factor rights to future payments in conformity with the provisions and requirements of the Internal Revenue Code and applicable state law unless the claimant or the claimant’s lawyer gives informed consent confirmed in a writing separate from the settlement agreement.

(b) A settlement planner shall not solicit by in-person, live telephone or real-time electronic contact employment by a person known to be entitled to future payments as the result of the settlement of a claim in connection with the factoring of the person’s rights to such future payments.

(c) A settlement planner who is requested by a person entitled to receive future periodic payments to provide advice and assistance in connection with the factoring of those payments may do so if:

(1) the settlement planner reasonably believes that the factoring transaction will be in the best interest of the payee, taking into account the welfare and support of the payee’s dependents and any standards or requirements under federal or applicable state law state, including any financial hardship exceptions; and (2) confirms in writing the existence of and the basis or rate for determining any compensation to be paid to the settlement planner for providing such services.

There is a reason why its called a code of ethics. Given what has been documented in 5 years of operating in the structured settlement secondary market space, it seems to me, that to ascribe to Rule 11 would be a very tall order for Ryan Blank associated brands.

The Settlement Advocates website states to ask about its NASP affiliation.  Why should someone even need to ask? Either a company is a member of NASP or not.  On April 14, 2017 I accessed the member list of the National Association of Settlement Purchasers posted on that association's website. It appears that the NASP website was updated at least as recently as March 27, 2017. Neither Settlement Advocates, nor Annuity Sold nor JRR Funding, nor Uber Funding, nor Einstein Structured Settlements, nor Edison Funding, nor Greenspring Funding, nor Franklin Funding nor others associated with Ryan Blank that I am aware of,  are listed.

In a settlement with the Maryland attorney general. Ruddie and Blank companies are banned from doing business in Maryland for 7 years due to allegations of fraud. In addition there was financial restitution.