« Does Affiliate of Top NYSTLA Partner for Justice Violate NY Article 7718 and Insurance Advertising Laws Of Dozens of Other States? | Main | Settlement Advocates Org "Offers the Highest Cents on the Dollar" But What's The Sense? » 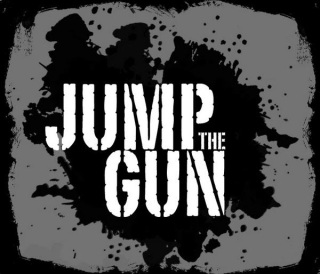 Now that AIG has responded to the Class Action Complaint my industry colleagues would do themselves and their clients a service by reviewing case documents which show that all is not what it seemed.

One commentator had this to say when the lawsuit was filed:

"As the authors and owners of The Settlement Channel, we've spent the better part of 30 years fighting against the concept of approved lists of brokers, life markets and other unreasonable restrictions which we feel prevented claimants from choosing the design, funding company and guarantor of their annuity payments. It has been our long held opinion, shared publicly for decades, that these strong arm deals and tactics were anti-consumer and a vestige of the dark ages of the early days of structured settlements when even the true cost of annuity programs were denied to claimants"   January 10, 2017

"One class representative plaintiff in this class action was represented in the lawsuit that gave rise to a structured settlement, by the law firm of Krupnick Campbell Malone Buser Slama Hancock Liberman in Ft. Lauderdale, FL   According to his bio on the Krupnick Campbell website, Joseph J. Slama who represented Erica Biddings (formerly Erica Major) has been licensed for over 35 years!

Having reviewed some of the recently filed public case documents, including AIG's memorandum in support of its motion to dismiss, here's what the evidence shows:

FACT: Lead plaintiff Erica Biddings DID have a structured settlement broker of her own, Black Holcomb Smith & Associates, who I confirmed WAS introduced by HER lawyer.

Ms. Bidding's structured settlement consultant is a very capable structured settlement industry veteran and her attorney was a well seasoned personal injury attorney of over 35 years, neither of whom would qualify as a babe in the woods between them. It would be unreasonable to assume that in his 35 years experience Mr. Slama had no idea that the broker he introduced to his client was earning a commission.  It would be highly unusual for the question "how do you get paid?" not to be asked.

FACT: Florida statutes require individuals involved in the transaction of insurance to be licensed and appointed, and insurance agencies to be licensed or registered.  Unlicensed Individuals are not allowed to discuss coverages or sell insurance.

FACT: Per Florida Statute 626.794(1) No person other than a licensed and appointed life agent shall accept any commission or other valuable consideration, except as provided in subsection 626.794(1).

FACT:  By her own admission she was willing to accept less total benefits in order to execute on her plan design. According to Erica Bidding's signed and notarized statement dated July 23, 2009  (see link below), lead plaintiff Erica Biddings (then Erica Major) chose to shun an annuity with American General that would have paid her more than all of the three companies she selected, Allstate Life Insurance Company, New York Life Insurance Company and Hartford Life Insurance Company.Download Erica Major notarized letter refusing Am Gen structure in favor of three quotes provided by Black Holcomb Smith.  The letter was notarized by an admin for Black Holcomb Smith.

FACT:  AIG's broker Jeff Brooks of EPS notified the Lexington claims rep of Erica's decision and AIG did not object to this.  Download Brooks to AIG claims re plaintiff's selection of markets 7-23-2009.

Even through the Brooks communication includes Pacific Life, I confirmed today that Allstate Life was the third annuity issuer of the three companies chosen, in lieu of Pacific Life. The checks were issued and receipts totaling the amount represented in the settlement agreement were distributed by the companies to the broker.