In its decision in Trevor Langkamp v The United States   No. 15-764C  filed March 20, 2017, the Court of Federal Claims concluded "that the plain language of the Settlement Agreement at issue in this dispute demonstrates that the government contracted to purchase annuities to make the future, periodic monthly and lump-sum payments required under that agreement.  The plain language of this agreement also demonstrates that the government did not unequivocally guarantee that it would make these payments in the event of a default by the annuity company.  And so, the undisputed material facts in this matter show that the government is not liable to plaintiff for the remaining annuity payments required under the agreement".Download 59 - Langkamp - Decision

In September 12, 2016 decision, cited by the Langkamp Court,  The United States Court of Appeals for the Federal Circuit recognized the principle of sovereign immunity compels a finding that the agreement at issue here does not obligate the government to guarantee future payments if the government has not unequivocally promised to do so. [Cynthia G. NUTT, individually as surviving spouse and as the Executrix of the Estate of James N. Nutt, Sr., Deceased, James N. Nutt, Jr., Individually, Plaintiffs-Appellants v. UNITED STATES, Defendant-Appellee  837 F.3d at 1298].

1. 14 months following the bankruptcy of Baldwin United, according to the New York Times, "one of the largest financial collapses in American history"

2. One year after the November 5, 1983 story appeared in the New York Times detailing how several major wire houses yanked Executive Life, Charter Life from their product offerings and

4. Despite all the red flags, A.M. Best maintained an A+ rating on the company almost until it was taken into rehabilitation in 1991.

One of the key structured settlement lessons learned from ELNY was coined by " The Grail Knight" in Indiana Jones and The Last Crusade. 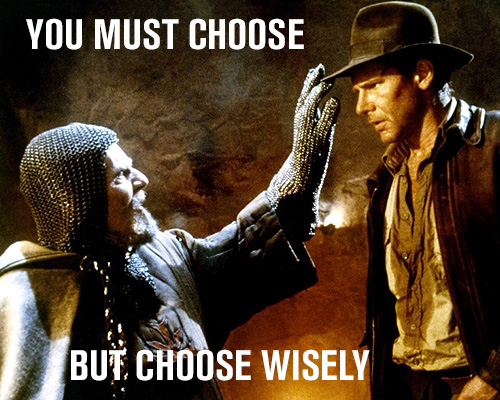 When it comes to structured settlements, if you're "going long"  you should diversify