Structured Settlement Rated Ages | The Good News Is That People Are Living Longer...

AIG Structured Settlements recently announced that it was going to revise all active rated ages downward to better align its rated ages with its actual mortality experience. A February 21, 2017 company statement to its agents said that the impact of this revision will lower a rated age by no more than 5 years. 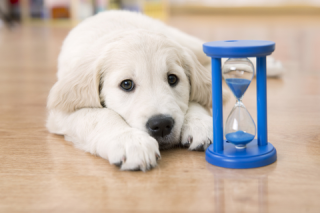 My rated age is perfectly aligned, in puppy years of course

What Are Structured Settlement Rated Ages?

A rated age is an age used in the pricing of life contingent structured settlement annuities that reflects the opinion of the annuity issuer's medical underwriter on the life expectancy of a prospective annuitant. So if a 50 year old has a rated age of 65, that simply means that the structured settlement expert can calculate the cost of funding $10,000  in monthly medical costs for the rest of the plaintiff's life based on a 65 year old's price, which will be much cheaper.  Rated ages vary from company to  company.  Some companies will not do rated ages at all.  It's important to note that the highest rated age does not necessarily result in the cheapest price.  For example. a company with better base rate may be more competitive even with a lower rate.

Period certain or guaranteed lump sum payments are not affected by a rated age.

Is this anything to be concerned about?

It is not uncommon for an insurer to revise its underwriting in response to changing experience.The rated age action announced by AIG Structured Settlements is a responsible decision for a company that is in business to insure long term obligations. It reflects very positively on AIG's quality control. In its notice AIG reaffirmed its commitment to the structured settlement industry.