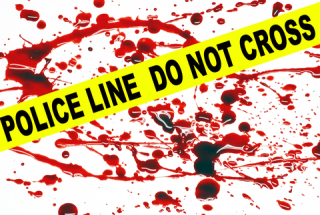 Should the insurer stand by even when there is blood in the street?

Shortly after that legal complaint was filed, a milquetoast article by Leslie Scism, published in the  Wall Street Journal said:

"People like Mr. Taylor — those who have received settlements designed to provide income for many years — aren’t supposed to be able to easily cash it out.  Since the late 1990s, 48 states and the federal government have passed consumer-protection laws requiring a state judge to determine whether it is in a seller’s best interest to do such deals.

The Taylor case is the poster child for a system failed.  While blistering exposes in the Washington Post played a significant role in structured settlement protection act and factoring reforms in Virginia, Maryland and DC, much of it in Taylor's case came after the cat was out of the bag,

Where does the Terrence Taylor case stand now?

Structured Asset Funding LLC  which together with a number of other associated entities named in the Federal complaint does business as 123 Lump Sum,  and was involved with the majority of the Taylor transactions, subsequently filed a declaratory judgment action in Virginia state court in Portsmouth VA, using for local counsel the same lawyer, Stephen Heretick,  who represented the buyers in the 11 Taylor sales. Taylor responded with counterclaims and named as Third Party Defendants New York Life Insurance and New York Life insurance and Annuity Corporation, the annuity issuer and qualified assignee. Download Taylor Answer and Counterclaims v SAF, isettlements,   Jay Gee LLC,  123 Lump Sum

At the time of the 11 Taylor sales Heretick was also a local politician. He has since become a Delegate member of the Virginia House of Delegates. Heretick has apparently used his privileges from his legislative role to delay proceedings to his client's advantage until April 2017. All this kicking the can down the road simply avoids questions that have to be answered as a matter of interest to consumers and far ranging structured settlement factoring reforms throughout the United States.

The speed at which the laws were reformed in Virginia following the Taylor lawsuit and the exposes in national news media were an admission of the inadequacy of the Virginia protections that left consumers vulnerable to financially devastating exploitation.  But where does that leave Terrence Taylor and victims of the system around the USA?

So when do those attorneys get involved in questioning serial structured settlement factoring factoring deals?

In 2015, when I notified a representative of a law firm known to represent a particular life insurer about a tip concerning a New York to Florida forum shopping case, the lawyer in charge of the file chose to verbally harass me about the Terrence Taylor case where the same firm represented a different insurer, rather than take steps to prevent a potentially non compliant deal from happening with days to spare. It appeared to me that there was more concern about saving her client money on legal fees than of the interest of the insurer's annuitant.

What if life insurers raised their transaction fees?  This would be a hugely unpopular move with structured settlement factoring companies who would argue that it increases the cost of access to an annuitant's money.

Symetra set up its own factoring company, Clearscape Funding,  which went over like a lead balloon for a variety of reasons (1) the company gave no reasonable advance warning of Clearscape's January 2006 unveiling. Kim McSheridan, then an officer of Symetra, failed to disclose a conflict of interest and did not recuse herself from strategic discussions about factoring on a long range planning committee meeting in October 2005  (2) when the unveiling happened it was clear that Clearscape was soliciting not only its own annuitants but annuitants of other companies.  Symetra's exit from NSSTA soon followed.  To Symetra's credit however, it obtained a favorable Private Letter Ruling in May 2009 that supports "restructured settlements".

Allstate Life Insurance Company and Allstate Life Insurance Company of New York, were the first structured annuity issuers to overtly address the factoring issue with their annuitants by creating an Advance Funding Exchange Notice (AFEN), issued with every policy. The initial discount rate was 11% and years into the program the rate was dropped to 8%.  Allstate sent notices to its annuitants on an annual basis which did not sit well with primary market structured settlement brokers who saw it as a solicitation. While I respect my industry colleagues that take that point of view, I do not share their point of view. I wrote contemporaneously in 2006 and 2007 that the AFEN enabled Allstate annuitants to do the financial equivalent of a basketball move known as "a pick and roll". If faced with no alternative but to sell, saving exhausted other alternatives an Allstate annuitant should not be subject to a discount rate greater than Allstate's AFEN. Evidence available in public records shows that there are factoring companies who claim to be structured settlement experts yet after reviewing an annuitants paperwork fail to make the annuitant aware of the AFEN option and proceed to charge Allstate annuitants discount rates in excess of the 8% AFEN rate.

In 2014, Pacific Life sought and received a Private Letter Ruling regarding a commutation provision that has yet to be introduced.

One current annuity issuer will proactively seek out its annuitants if it sees a transfer request and then attempt gazump the structured settlement factoring company with a lower discount rate and will do a transaction that complies with IRC 5891.  Hugely unpopular with factoring companies for obvious reasons.

Yet another structured settlement annuity issuer takes a passive approach and will consider hardship commutations on a case by case upon request, but does not advertise.

While the role of policeman, in my opinion, should be the judge in tandem with a consistent state regulation that includes a licensing and/or registration standard and a more clearly defined protocols for the conduct of structured settlement factoring companies and their representatives as well as a "toothy" means of enforcement, life insurers cannot stand idle. Protocols should be put in place to flag serial transactions and if appropriate, make objections.

Factoring of structured settlements serves a purpose for a limited number of people, but there has been too much documented abuse.  Life insurers should engage to protect their annuitants and should actively participate in how to fix the system nationwide.

Servicing agreements should be examined as well after stories have emerged concerning overbearing buyers who act in the dual role as payment servicers, through affiliates or subsidiaries.  While I understand that servicing is required by certain insurers for administrative cost savings when it comes to partial sales of structured settlement payments rights this must be weighed against the loss of repeated contact with its customer, the resulting exposure to the wolves and scavengers of the structured settlement secondary market and the lost branding value.