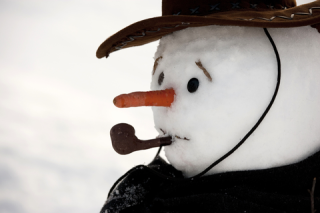 The allegation in the class action complaint can be boiled down to a few quotes:

It makes some of the allegations in the AIG Structured Settlement Class Action very hard to believe...

A. One class representative plaintiff in this class action was represented in the lawsuit that gave rise to a structured settlement, by the law firm of Beasley Allen

According to its website Beasley Allen was "founded in 1979, by Jere Locke Beasley. The firm is now known as  which is now known as Beasley, Allen, Crow, Methvin, Portis & Miles, P.C. It has a national reputation for being at the forefront of Consumer Litigation. Beasley Allen currently holds U.S. records for largest verdicts/settlements in six categories:

Beasley Allen is no babe in the woods when it comes to structured settlements and they represented class representative plaintiff Normal Ezell.

I know of three structured settlement brokers that work and/or have worked with Beasley Allen.  It is simply not plausible that Beasley Allen or any of its attorneys would not have prior knowledge about structured settlements. I find it hard to believe that a firm of this nature would not ask its brokers how they get paid and as a result have prior knowledge of what the commission is.

On  May 19, 2015, Cole Portis a shareholder of Beasley Allen, who did not represent Ezell, appeared on Ringler  Radio. Ringler is one of the entities that "are part of the racketeering enterprise at issue" according to the complaint.  Didn't seem to faze Cole Portis who remarked  "it's good to be here appreciate y'all inviting me"

B. One class representative plaintiff in this class action was represented in the lawsuit that gave rise to a structured settlement, by the law firm of Krupnick Campbell Malone Buser Slama Hancock Liberman in Ft. Lauderdale, FL   According to his bio on the Krupnick Campbell website, Joseph J. Slama who represented Erica Biddings (formerly Erica Major) has been licensed for over 35 years!

Here's how Westlaw reported the lawsuit

New York lawsuit Against insurer was Dismissed and Decision then Affirmed, But Insurer's Practice Changed

In April of 2014, an antitrust lawsuit brought by Paul Isaac and Paramount Settlement Planning, Inc. of Buffalo,  against Medical Liability Mutual Insurance Company (MLMIC) and five structured settlement brokers  (Erie county 2013-883) was dismissed in its entirety, with prejudice, for failure to state a claim.  In October 2015, that Dismissal was unanimously Affirmed by the New York Appellate Division, Fourth Department, and subsequently, the New York Court of Appeals denied the Isaac Plaintiffs' motion to appeal the case any further, awarding costs to the Defendants. Unlike the AIG Structured Settlement Class Action, there were no allegations concerning brokerage commissions being retained by the Insurer.

Plaintiffs alleged MLMIC and the brokers conspired to prevent personal injury plaintiffs from seeking the advice of their own chosen representatives in connection with structured settlements.  Certain offices or claims representatives of MLMIC purportedly would not permit its assigned structured settlement brokers to split commissions with plaintiff brokers, leaving plaintiff advisers to either charge their clients a fee or not get paid at all.  Despite the outcome of the the aforementioned lawsuit and appeals, it is my understanding that MLMIC now uniformly permits its  brokers to split commissions with plaintiff settlement experts.  The " real estate model" works because it does not cost either side for their experts.

Industry colleague Todd Kipnes of Kipnes Crowley Group (whose firm is also one of the listed AIG Brokers)  wrote in February 2016, that his company, for one, has never sought to deprive a plaintiff of independent counsel in this regard, and despite extensive motion papers and oral arguments over the preceding 2+years, the Isaac Plaintiffs did not attempt to offer a single example of this alleged misconduct (nor could they have).  In fact, KCG has participated in dozens of structured settlements, including a number that also involved MLMIC, wherein the claimant was advised by the Isaac Plaintiffs and/or an affiliated firm.  In other words, it seems clear to us that the Isaac Plaintiffs knew that their allegations against KCG, pursued for 2+ years, were not true.  Also untrue, in our  (KCG's)  opinion, was the repeated claim by the Isaac Plaintiffs that the purpose of their lawsuit was to protect New York personal injury victims, rather than for their own profit. Kipnes observed that this narrative seems to have been accepted by some interested observers, despite the fact that no other broker ever sought to join the Isaac Plaintiffs' lawsuit, and the resulting dismissal decision and unanimous affirmation may potentially weaken the rights of personal injury victims in the structured settlement transaction.  This result may not have been intentional, but it was most definitely foreseeable, and was predicted by many.

Kipnes further observed that unfortunately, it has become something of a marketing strategy among some brokers to promote their own worth by suggesting that structured settlements are some sort of conspiratorial tool, and that nobody can be trusted (ironically, except for them).  In our opinion, this frivolous, unsupported, and ultimately failed lawsuit was an example of this strategy.  In reality, structured settlements are highly regulated, transparent, extremely safe, quite uniform, and generally completed under the watchful eyes of lawyers, brokers, a judge, etc.  This is in sharp contrast to post-settlement financial transactions, wherein a plaintiff is often left to his or her own devices, and examples of fraud, theft, waste and mismanagement are legion".

Firms that give lots of money to trial lawyer associations alleged in class action complaint ,"are part of the racketeering enterprise at issue"

Some of this is really outrageous

Furthermore, to my knowledge, Summit Settlement Services, listed as "part of the racketeering enterprise" has not been on the AIG Broker Panel for as long as I can remember

Whether or not the Defendant or Insurer Pays a Lump Sum of Cash or Funds a Structure With a Qualified Assignment, It Will Deduct the Cost

A paid loss is a paid loss. The net cost to the defendant is the same no matter what combination of cash and structure is part of the final settlement.

Those states are New York, Florida, Minnesota and Massachusetts.

"Florida recently became the third state to require periodic payment obligors to notify the claimant or claimant’s legal representative, in writing, the amount of the premium payable to the annuity issuer, if that information is not otherwise specified in the structured settlement agreement".   Source:  Risk Newsletter 2001-03 Risk Law Firm website

"New York became the fourth state to require written notification to the claimant of the amount of the premium payable to the annuity issuer in a structured settlement transaction. Effective July 1, 2002, New York joined Florida, Minnesota and Massachusetts, which have similar requirements in place"  (Ibid 2002-3).

Note that there is no state law requirement to disclose structured settlement commissions in New York, although many firms such as ours, do so anyway as part of affidavits they submit accompanying petitions for settlements for minors or incompetents, or on death cases.

But the local rules in Bronx County include a structure brokers affidavit that does include a commission disclosure.

In negotiating a structured settlement of claims brought by or on behalf of a claimant who is domiciled in this state, the defendant or defendant's legal representative shall disclose in

(b) the amount of the premium payable to the annuity issuer;

(c) the nature and amount of any cost that may be deducted from any of the periodic payments;

(e) a statement that the claimant is advised to obtain independent professional advice relating to the legal, tax and financial implications of the settlement, including any adverse consequences and that the defendant or defendant's legal representative may not refer any advisor, attorney or firm for such purpose.

In a segment a 2009 Texas bar presentation called "Structured Settlements From a Plaintiff's Perspective : Pitfalls to Avoid in Drafting Structured Settlement Documents' delivered by Fort Worth TX personal injury lawyer Steven C. Laird, in which Dirk Weeks of Structured Annuities Inc., Todd Morrow, then of The James Street Group and the late Richard G. Halpern (who industry doyen Patrick Hindert referred to at the time of his death as "one of the most important and controversial pioneers, critics and contrarian thinkers in the history of the structured settlement industry), are all acknowledged for their input, Laird said:

If Steven C Laird gets it why wouldn't Beasley Allen or Krupnick Campbell?

As a practical matter, some life companies include payment of commissions disclosure in the qualified assignment.

For example Prudential insurance Company of America includes the following in its qualified assignment that has been in use since January 1, 2012.  'Prudential will compensate the selling insurance agency in connection with the assignee's purchase of the annuity. this compensation may include commissions and may include marketing incentives". This is a document that would be signed by plaintiff, plaintiff attorney and defendant or insurer and the assignee. Prudential happens to be one of the A+ rated approved annuity issuers that is approved by AIG.

Perhaps, given this lawsuit it may be wise to make it a standard provision for belt and suspenders for all.

AIG Does Not Have to Structure

If the Defendants refuse to structure individual cases, they are not going to be exposed to the litigation costs that Dick and his Big Stick threaten. Where does that leave the majority of plaintiffs?  There is no absolute right to structure. It is called a structured settlement because there is a compromise.

In Spencer v Hartford you actually had different commission costs depending (1) on whether or not the annuity was placed by a panel broker on a Hartford PC case or (2) an annuity issued by Hartford Life Insurance Company was used as a qualified funding asset on a case involving an unrelated insurer.  Any general agency appointed by Hartford Life had a contract had the reduced commission disclosure in the agency agreement whether or not the agency was on Hartford's broker panel.  Furthermore, at least initially,  if a structure was to be done it was Hartford Life or no structure.

In my personal experience that is simply not the case with AIG. Even if there is a claim of a right to match, if the plaintiff does not want American General (or the New York company, US LIfe), there are other good choices such as MetLife, New York Life, Pacific Life, Prudential etc.  There have always been choices with AIG.

How Does Structured Settlement Broker Get paid Who Pays It?   November 8, 2010

Disclaimer:  This author is not an AIG Panel broker