« What is a Structured Settlement Policyholder? | Main | Lawyer's Argument in AIG Suit Undermined by Lawyer's Own 2005 Explanation of Annuity Cost in Settlement Agreements »

Apparently what was good for the goose is not good for the gander when it comes to one of the legal theories espoused by Dick Risk in a controversial legal action. 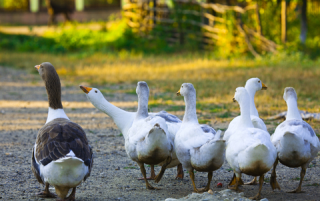 So What You're Saying is What's Good for The Goose Is Not Cool For The Gander?

In his recent complaint which made certain allegations against AIG,   it is interesting to observe that attorney Dick Risk and his "Big Stick" make a meal out of the use of the term structured settlement broker. The fact is that when the lead lawyer Dick Risk himself, as a structured settlement broker, used the term "broker" frequently in his marketing, in a grievance letter to the then Attorney General of the United States, in a subsequent Declaration under penalty of perjury to the United States Department of Justice, permitted his son to sign multiple such declarations while associated with a firm founded by and associated with Dick Risk,  in the meta tags of his website and even AFTER Risk became a lawyer, in a presentation to other lawyers.  "

Download DOJ List 2004 (August update) includes the name Richard B. Risk Jr.
Pursuant to the minimum qualifications set forth in 28 CFR 50.24, each In order get on the list Dick Risk would have had to sign his name above a line which says "Signature of Individual Broker Making Declaration".  Upon information and belief Risk became a member of the bar in 2002.  At the time he signed his declaration attesting to having served defendants in each of the preceding three years his website stated it is a "full service plaintiff structured settlement firm"   Download Risk web site 3-31-2004.

Setting aside the fact that the only reason to sign such Declaration would be to show the minimum qualifications to serve the United States business, be assigned work from United States attorneys and be compensated by commissions from annuities purchased and owned by the United States Department of Justice. With that understanding Risk signed the declaration under penalty of perjury despite by admission being a plaintiff structured settlement firm,  then as a lawyer had to have understood the significance of what he was signing, and by doing so, hoisted himself 13 years later on his own petard in a delayed explosion.

[Helpful reading My July 4, 2007 post Is There a Need For a Risk Assessment]

Richard B. Risk Jr. held an Oklahoma insurance producer license from 1985-2007 according to state records  . Yet the record shows that Dick Risk marketed himself as a broker time and time again.

Sugar coat it any way you like, but in my opinion, Dick Risk, with unclean hands,  is seeking to make a big pay day in part off innuendo and allegations of "acts" that he himself has committed and it's shameful.