What does it take to be the leading buyer in the structured settlement secondary market?  Let's consider what has happened to JG Wentworth

A brandjacking website used by Owings Mills MD natives Richart Ruddie and Ryan Blank to exploit their competitors' brands and spread inaccurate, often illiterate content about structured settlements and fraudulent advertising, appears to be off line.  The error message is associated with Annuity Sold, 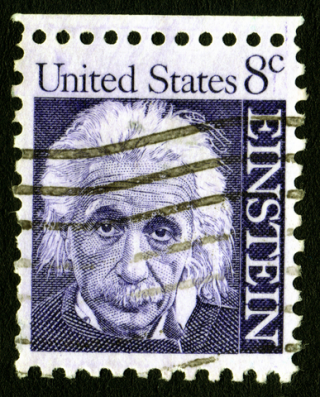 Has Einstein Structured Settlements Been Cancelled like a Stamp?

Another Ruddie/Blank associated venture which has been setting off malicious code warnings from Norton and McAfee for weeks.  Alarm bells rang after we revealed that the Ruddie Blank team has falsely advertised on Annuity Sold that it was licensed to purchase structured settlements in all 50 states.

Einstein back online with the same content but now labeling themselves Einstein Structured Funding.

A Florida petition for transfer structured settlement payment rights by New York City's Advance Funding misrepresented to the Broward County Court that Metropolitan Life Insurance Company and Genworth had comparable financial ratings. and used quotes from two related companies, including a company that was not even licensed to do business in New York, to satisfy a statutory two annuity issuer price comparison.

The purpose of the two annuity issuer rule is to assure fair representative price comparison.  Advance Funding LLC has taken a short cut by using two companies, which while  by definition separate legal entities are part of the same parent. usually there is very little difference in pricing.  Indeed in this case the name of the annuity contract that Advance Funding cites is the same  with the exception of one is for sale in New York and one isn't. Given that the New York law was enacted to protect New Yorkers, it can be surmised that the legislature intended the comparable cost to be from two New York licensed insurers.  Advance Funding has therefore not made a fair representation to the Court and to the Payee.

Genworth did not have comparable ratings to Metropolitan life Insurance Company at the time of Advance Funding's  disclosure to Rae L. Smith

By definition the third party ratings at the time were not comparable ratings. Furthermore Genworth's financial pressures due to its Long Term care block was well publicized.

Jose Manuel Camacho, Jr,  the crooked Miami Lawyer who admitted to forging judge's signatures on structured settlement transfer documents was due to be sentenced on August 19, 2016 for his crimes, but has been continued until a guardian ad litem  for Judge Carlos Rodriguez, completes a review of all the 18 applicable transfer cases.   where his Rodriguez' signature was forged by Camacho. Download MC_Docket Rae Smith

How often is Advance Funding making such misrepresentations?

It is certainly reasonable to ask and I am curious, in how many other statutory disclosures,  has Advance Funding LLC used related companies, including non-admitted companies, in an attempt to satisfy NY General Obligations Law 5-1703(d); and how many times has Advance Funding LLC misrepresented in statutory disclosures to New York judges, New York residents, or to courts in other jurisdictions such as Florida, where the NY disclosure was submitted with the other state petitions to transfer,  that insurance companies with significantly different ratings had comparable ratings?

Important words of wisdom about paying off student loans from financial blogger and teacher Bobby Hoyt, 28 who managed to pay off $40,000 in 18 months. Hoyt tells us how in a great practical article posted on CNBC Money, written by Kathleen Elkins.

Cashing out your structured settlement to pay off student loans is a bad strategy touted by self-serving settlement purchasers in the hopes of making fat profits.   An internet search shows that the predatory call to action by cash now pushers is pervasive 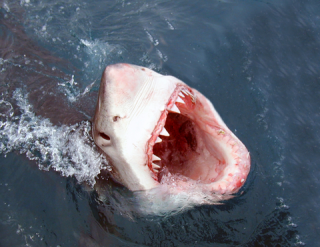 Novation Settlement Solutions   April 20, 2016 Novation gives 5 tips including the obvious self-serving one  then admits and disclaims... *Novation is not a financial advisor and/or consultant and strongly recommends that you speak to a lawyer and/or accountant before making any significant financial decisions. Prior article on 11/20/2015 paying off student loans as reason to sell structured settlement. given how badly Novation hosed Cedric Martez Thomas I wouldn't trust Novation ever.

Then there are employee student loan repayment benefits!

Where Does the Money Go If You Do a Structured Settlement?

How a Settlement Comes About

When the lawsuit is settled, it is a compromise and there is a negotiated agreement.between the parties The agreement may have been reached after a day at 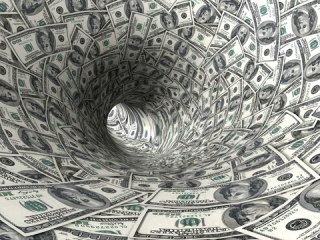 A structured settlement annuity is an insurance contract. The insurance industry is highly regulated and a license is required to solicit and to place business

mediation, at a settlement conference in the judge's chambers, at a meeting in a lawyer's office,  or over the phone.

How a Structured Settlement Comes About

So where does the money go when the structured settlement is set up?

As part of terms of the structured settlement most settlement agreements provide that the obligation to pay  the future payments can be assigned to a qualified assignment company.  This is because defendants and insurers generally have no interest in keeping an open ended obligation. From the plaintiff perspective, in some cases the plaintiff does not want anything more to do with the defendant and in his/her mind because the insurer is defending or paying the cost of the defense, the insurer as well.

JG Wentworth stock attempted a classic "Cape Cod" formation just as the summer was getting started, when buyer of structured settlement payment rights JG Wentworth (then "JGW") was delisted from the New York Stock Exchange. However the JGWE story has all but turned into fried cod and mushy peas as the sad tale of how much JG Wentworth investors have been "cod walloped" continues. 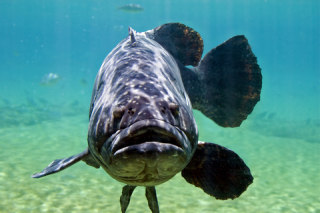 Crikey I'm worth much more than JG Wentworth Stock

Terlizzi's now CEO of DRB Capital stated about then proposed structured settlement protection measures (now approved in almost all states)  "While masquerading as consumer protection measures, the legislation being advanced by the insurers is, in reality, a ban on the practice of refinancing or selling one's settlement payments. Because of their massive financial and political clout, the three-card monte dealers and their shills-the insurers and the structured settlement brokers-are trying to pass laws to keep the police-the settlement purchasers-off their block and out of their way. They don't want anyone telling the public about their scam".

He went on to say "in an effort to end the practices of the insurance industry's equivalent of three-card monte dealers, the settlement purchase industry is standing up to the insurers and opposing their efforts in courtrooms and legislatures around the country"

Seneca One bills themselves as " Your Trusted Source".  Not any more, judging from the Lauren Nesbitt case in Oklahoma and now the Shaqira Wilder case in Sumter County Florida, an awful deal approved in 2013.

Upon information and belief Shaqira Wilder, was forum shopped into Florida, from her home state of Tennessee, with the promise of a "better deal" that turned out to worse in more ways than one.  I'll leave the latter part for another day. Shaqira Wilder was then hosed by Seneca One for a non competitive 18.94% discount rate, that escaped the "best interest" scrutiny of Judge Michelle Morley, the queen of the forum shopping hub of Sumter County Florida until the embarrassing number of cases filed and approved in her jurisdiction came under scrutiny. just how judge Morley felt that Shaqira Wilder getting 23.27% of the current value of her payments was a fair deal and in her best interest, is and should be a matter for scrutiny.

How Bad Was Seneca One's pricing of the Shaquira Wilder deal?

Just awful.  According to my source, the average rate in 2013 was about 11% and Seneca one sailed past that. My contact says that at 5% Shaqira Wilder could have received triple what Seneca One paid.  At 7% more than double!

Ironically the Seneca One's signatory had the last name of Heck.  What the heck with the "drek" Heck?

Poorly underwritten deals could mean heartache or hassles down the road. Expect to see more motions and more vacated court orders as we go down the road.

All Charles Bell did was enter into a piddly structured settlement factoring transaction with Peachtree and now the Queens New York resident is a defendant in a lawsuit by Peachtree's lawyers, whose former paralegal Thomas Rubino fabricated various fraudulent motions and Court Orders. Charles Bell's name and home address is displayed on the complaint for all to see. Charles Bell is not alone. The New York City law firm Paris & Chaikin, PLLC and its partners Jason L Paris and Ian M. Chaikin have sued a number of structured settlement annuitants as part of a third party complaint to recover money on behalf of its clients, the cash now pusher Peachtree, that Paris & Chaikin are now being sued for, because of the alleged criminal acts that their former paralegal Rubino has admitted to.  So far Danielle Caswell one of the structured settlement annuitants sued by Paris & Chaikin et al. is contesting the third party action.  Download Paris Chaikin complaint law firm sues annuitants

Another NASP member settlement purchaser not involved in the Paris & Chaikin mess, 123 Lump Sum, says on its website that 'settlement payment procedures incur legal fees among other charges associated with these sort of transactions. However, all fees that are implied are deducted from the lump sum payment total; no fees are charged upfront'. So the sellers pay the legal fees for a lawyer who when push comes to shove does not represent their best interests.  Where is there a record that Portsmouth lawyer Steven Heretick objected to any one of the 11 structured settlement transfers (8 of which on behalf of Ft. Lauderdale based Structured Asset Funding/123 Lump Sum, or related entities) that he submitted to the Circuit Court in Portsmouth Virginia as not being in Terrence Taylor's best interest?

In 1937, my respective grandparents were parents of young children during a period of economic volatility.  My forebearers and yours would likely have seen this New York Life Insurance Company advertisement that still holds true today,  171 years from 1845, when  New York Life was founded.  Safety security and guarantees are top of the list for why people do structured settlements. 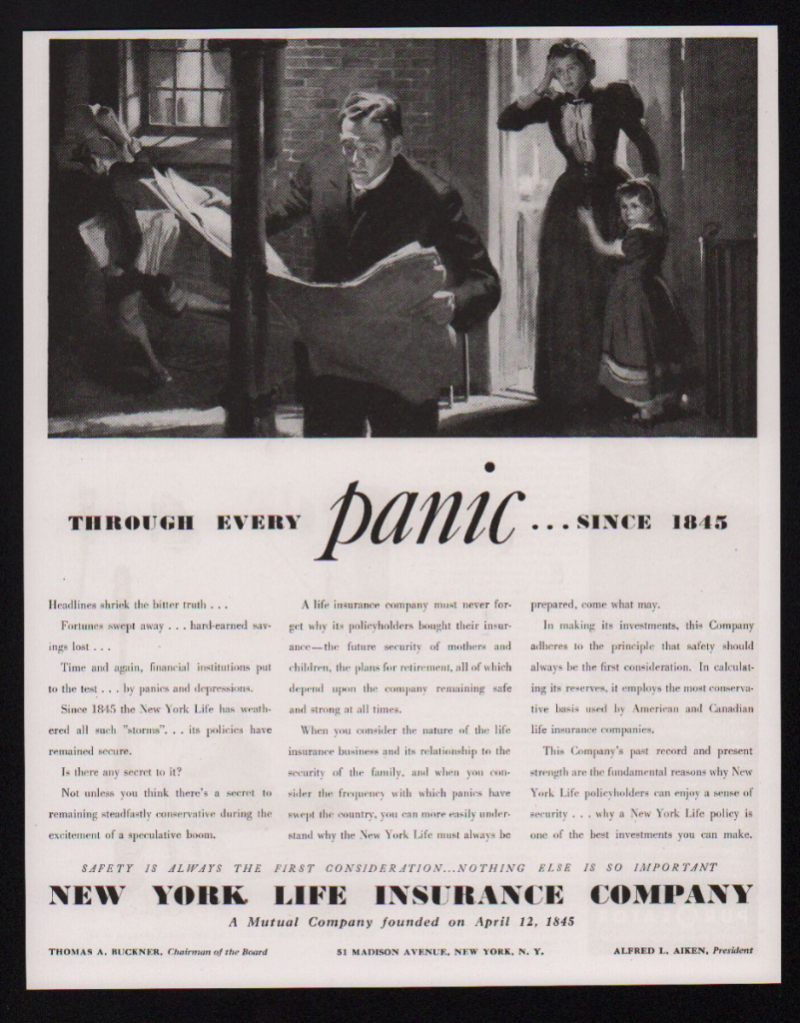