What is the Kaiser Formula in New York?

What is the Kaiser Formula in New York?

Is the Kaiser Formula:

A. a  bubbling concoction that enables the indie rock band Kaiser Chiefs to churn out hit after hit such as the 2007 song 'Ruby'?

B. allocating too much power to the military then abdicating when you realize you're losing the war.  Played deftly by Kaiser Wilhelm in World War I ? 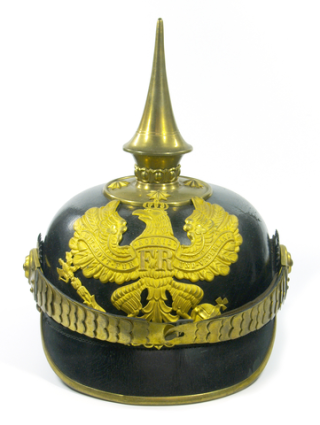 The Point of the Kaiser Formula Is...

C.  a formula set forth in a 1950  New York legal case that is often relied on as a method of allocating and distributing assets from an estate of a intestate decedent in  a wrongful death case in New York?

D.  something that might be found in a Berlin baby's "sippy cup"?

E.  an awful tasting fluid they make you drink in a certain chain of California HMOs before a colonoscopy?

If you answered C, you would be right.The Kaiser formula was set forth in Matter of Kaiser [198 Misc 582 [Kings County 1950] and often used in wrongful death compromises, to allocate wrongful death proceeds in New York.

How Does The Kaiser Formula Work?

Is The Kaiser Formula the only way to determine an allocation for distribution from an Estate in a Wrongful Death case in New York?

The Appellate Division noted in Acquafredda that the Kaiser formula has "advantages of ease, simplicity and predictability," but that, more often than not, the formula has been applied with deviations based on special circumstances (Acquafredda, at 511, 513). In rendering its decision, the Appellate Division made it abundantly clear that the Kaiser formula is not the only method of determining proportionality and that the Surrogate must use his or her discretion in evaluating the [*3]appropriate manner of apportioning wrongful death proceeds in any given proceeding (id. at 505; see also Matter of Duffy, 208 AD2d 1169 [3d Dept 1994]).

in Matter of Delmoro 2015 NY Slip Op 25146 Decided on April 30, 2015 Sur Ct, Westchester County,  the Surrogate opined in equalizing distributions between two children,  that "adherence to its  (Kaiser)distribution formula is not appropriate in circumstances such as those presented here, where the resulting distribution would inequitably penalize a distributee without proper justification".

New York attorneys who need assistance with Kaiser calculations please call me at 888-325-8640.  I'm also very experienced with Article 50-A and Article 50-B projections and structured judgments