We're now in an age that doing business with certain trial lawyers is a "pay to play" and contributions to buy political influence have reached unprecedented levels in New York. Does the money really buy influence in New York with lawyers? You bet it has, and it does. Look at Shelly Silver! ["you know how it works'is what another lawyer told one of my industry colleagues) 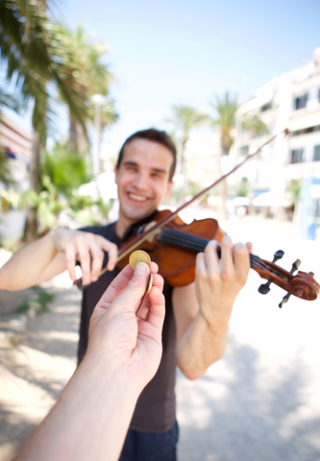 Here's a copy of a 2009 email that New York City lawyer Rob Greenstein of Greenstein & Milbauer sent to a confidential list serve touting one firm who made a $60,000+ contribution.

Several of my esteemed industry colleagues boast of their large financial contributions to the New York State Trial Lawyers Association (NYSTLA), this one ironically by a firm whose partner wrote an eloquent piece addressed to trial lawyers about rebating by structured settlement brokers to insurance companies and one of whose members sits on the board of NYSTLA.

"Over the history of our partnership with NYSTLA, we have had the privilege to be involved in cases from across the span of NYSTLA’s membership. Now, as we approach our 13th year as a PFJ member, it is our honor to partner with Precision Resolution, as we become a Skyline Partner. For the past 6 years, we have been proud to call ourselves NYSTLA’s Platinum Partner (its highest level of contribution). With the launch of the new Skyline Level, both the teams at Creative Capital and Precision, were eager to commit to this higher level. We look forward to continuing our support of NYSTLA’s mission and its members, as we work together to protect the civil justice system”

This contribution was a response to another of its competitors jumping to the head of the queue with a $100,000 donation. Fantastic for political lobbying, but it is the overt use of the contribution in the marketing of structured settlement annuities and other regulated products and services that piques my interest as much as it did the New York Insurance Department in 2007.

In September 2007,  the New York State Insurance Department  (now NY Department of Financial Services) Office of General Counsel was asked the following question after another structured settlement broker advertised to NYSTLA members in a printed ad published in a trial lawyer publication that it was the highest non law firm contributor to the ATLA (now AAJ) endowment fund.

Question: May a life insurance agent or broker that sells structured settlement annuities state in its advertisements that the agent or broker makes or has made donations to a not-for-profit entity, such as an association representing trial lawyers?

Answer     No. A licensed insurance agent or broker that sells structured settlement annuities may not advertise that the agent or broker makes or has made donations to a not-for-profit organization of concern and interest to potential purchasers of insurance or annuities, such as an association representing trial lawyers, because that would constitute an inducement for the purchase of annuities in violation of Insurance Law § 4224.  Read the full opinion of the Office of General Counsel here

Upon information an belief another East coast state trial lawyer association will not even allow structured settlement firms in unless they come in at the highest contribution level.

Where is the transparency?

While other trial lawyer associations, such as the New York Academy of Trial Lawyer publicly disclose their sponsors, it's notable that at a certain point NYSTLA chose to no longer display its Partners for Justice openly to the public, which includes clients and potential clients of its member firms.  It now requires a password to access the names of the firms and the amounts. Wouldn't it be better in terms of transparency that they do disclose who is making contributions and at what level so that plaintiffs can weigh potential conflicts of interest if they choose to do so.