In a lawsuit against Novation Funding, the stinking onion that is the structured settlement secondary market continues to be peeled back in all its repellent splendor.

According to transcripts of audio recordings produced by the Novation Defendants in a class action lawsuit and submitted as part of a reply motion on May 26, 2016, Novation Defendants  repeatedly ignored the Do Not Call List and Novation telemarketers even attempted to bribe a structured settlement annuitant to listen to their sales pitch with a $50 Western union wire.

What is a Bribe?

Bribery is the act of giving money, goods or other forms of recompense to a recipient in exchange for an alteration of their behavior (to the benefit/interest of the giver) that the recipient would otherwise not alter. Employees, managers, or salespeople of a business may offer money or gifts to a potential client in exchange for business.  The structured settlement secondary market, where there is no licensing, a trade association with a straw man code of ethics,  and  a complete lack of regulation of sales practices and business conduct uses bribes to coax structured settlement annuitants to commit unlawful acts, such as stating in court documents that they reside in a state that they don't.

Plaintiff, Kevin Buja, moves pursuant to F.R.C.P. 56(c)(1)(A) and CM/ECF Administrative Procedure 3H(7) for leave to conventionally file with the Court a compact disk containing an audio recordings of unsolicited telephone calls made by Defendants, in support oPlaintiff’s Reply in Support of Motion to Amend. Plaintiff alleges that Defendants made unsolicited telemarketing calls to his cellular phone in violation of the Telephone Consumer Protection Act, 47 U.S.C. § 227,et seq.[ECF No.39]. Defendants “scrape” court dockets and other public filings for the telephone numbers of individuals who have structured settlements. The names and telephone numbers of potential clients are then loaded into an automatic telephone dialing system,

As I've shown over and over again, Novation defendants are not truthful  in advertising.  After financially raping a young lad named Cedric Martez Thomas for in excess of a $1 million spread, they persistently advertise that they give maximum payouts. It's a total lie. 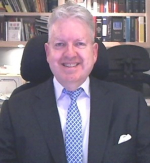