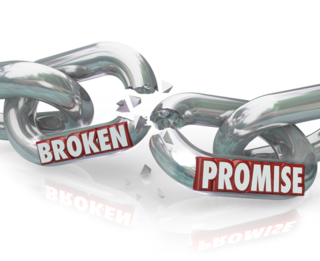 Aviva continues its stunning backpedal on the Capital Maintenance Agreement, which was indisputably an intrinsic part of ALL Aviva company structured settlement marketing materials and ALL issued structured settlement annuity contracts in which it charged extra money for the security feature.

All of which directly helped Aviva to generate over $1 billion of annuity premium for its US subsidiary from structured settlement in the USA, through the end of 2008.

I ask each and every member of the structured settlement industry to read the Memorandum of Law submitted by the Defendants.  Download CGU Aviva International Insurance plc Memorandum of Law Some may feel it's great lawyering, but in reality, in my personal opinion,  it provides a convincing argument why Aviva is not a company to be trusted in the future by agents or consumers. Given the opportunity to make things right when the unilateral unannounced termination of the CMA took place, Aviva did nothing for its customer.

Richard J. Kypta. then Senior Vice President of Aviva Life Insurance Company even went so far as to put in writing on company letterhead on May 20, 2004 that I have personally seen, that the Capital Maintenance Agreement was one of two forms of guarantee, expressly stated in writing that the at it was "absolute, unconditional and continuing" and expressly authorized in writing that the piece of information could be used in an affidavit to a Court deliberating over approving a settlement.

Fortunately the Athene successor entities have improved financially in the eyes of the A.M. Best rating agency since the acquisition by Athene concluded in October 2013.

The actual agreement between CGU International/ Aviva International was concealed from agents and consumers and needs to be outed to show any inconsistency between the actual agreement and the bull that Aviva was feeding its agents and customers as Aviva's subsequent actions imply. It's natural to expect Aviva to put up a big fight on that one. It took two months for Athene to provide a straight answer when I questioned them about the CMA in September October 2014.

It is now apparent that the marketing materials and the policy delivery materials regarding the CMA, which would have had to have been approved by state insurance departments throughout the United States, were materially misleading at best. Why are state insurance commissioners and attorneys general not investigating?  Must there be a front page Washington Post news story to get any action?