« Cedric Martez Thomas "Was Looking For a Second Chance He Chose Novation" and Got Burned For $1MM Plus | Main | The Question of "Reliablity" and Reliable Structured Settlement Information From Spring Valley NY? »

The Delusional Credit Card Analogy to Selling Your Structured Settlement 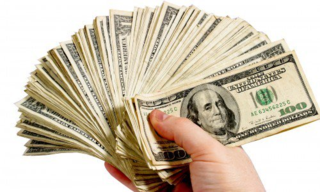 Taking on Debt vs Liquidating an Asset

If you have a credit card, you generally have a credit limit which is based on a variety of factors, not the least of which is your credit history and your ability to pay back debt your have previously incurred.  Controls are necessary, because without controls sh*t happens. The sub-prime mortgage crisis, was a catalyst to the financial crisis of 2008-2009.  If you haven't seen The Big Short,. go see or rent the movie, or if you have time, read the book.

If you need to stay a night in a hotel you can charge it on your credit or debit card, or hock some jewelry. You don't have to liquidate the structured settlement that you may be living on, or partially dependent on, to fund it.  There's nothing bad about having to wait for your payments.  If you think of your structured settlement like a job and the annuity issuer as your employer, you wouldn't give up your job for a deep discounted lump sum would you? Have you ever seen a successful doctor without "patience"?

If you have a structured settlement one can sell ones entire structure, in some states with little opposition from a judge.  Judge's in some states have acted like bartenders that just keep on pouring.  In several states where  court appearances will now be mandatory, it is hoped that observing the teetering tottering signs of 'cash now" inebriation in person will make for better judicial decisions.

While three states recently passed structured settlement protection act reforms that are awaiting a governor's signature there are 47 other states which need some symmetry.

Bankruptcy with a Credit Card

One is an interest rate on debt and the other is a discount rate on the future structured settlement payments being sold.

If you pay off your credit card or retail installment loan quickly the interest is of even less meaning in a comparison.

An example of where you would be better of charging, or financing, than selling your structured settlement

Say it's time to give up the thrice re-upholstered hand-me-down couch with the stuffing coming out of the arms that either your dog or kids seem to want to play with or eat. For a few weeks you've ogled a plush soft  black leather couch at a store like Raymour and Flanigan which costs $1,600.  Many furniture stores offer special deals where if you pay on time you get interest free for a period of time , say 9 months.  If you can swing the extra $177.77 per month do that instead of giving up a guaranteed income tax exempt income stream. The legal and transaction fees alone would make the sale of structured settlement payments to finance the couch, a silly ludicrous proposition.

It has been reported by the President of the National Association of Settlement Purchasers that the average discount rate of 10.5%.  Given that 10.5% is the average. Assuming we are speaking of a mean, that means that a significant volume of structured settlement factoring transactions are being consummated at levels in excess of 10.5%. The rate is not that impressive when considering the cost of money.  Aside from up front costs, consider that the purchasers risk is limited given the credit quality of the life insurers who back the obligations being acquired.  At least that's what some of them tell investors.