MetLife Spin Off of U.S. Retail Arm WILL NOT Affect Structured Settlements

MetLife, Inc. through its subsidiaries and affiliates (“MetLife”), is one of the largest life insurance companies in the world. Founded in 1868, MetLife is a global provider of life insurance, annuities, employee benefits and asset management. Serving approximately 100 million customers, MetLife has operations in nearly 50 countries and holds leading market positions in the United States, Japan, Latin America, Asia, Europe and the Middle East.

Metropolitan Life Tower in New York City, built in 1909, was the tallest building in the world for 3 years

In January 12, 2016 press release Met Life announced that it was going to spin-off of a substantial portion  of its retail life and annuity US Retail segment.  Download Met Life U S Retail Separation Press Release - FINAL

On February 25, 2016, Massachusetts Mutual Life Insurance Company (MassMutual), another giant insurer in business since the 19th Century, confirmed it has entered into discussions with MetLife, Inc. (MET) for MassMutual to potentially acquire MetLife's U.S. Retail advisor force—MetLife Premier Client Group ("MPCG"). No timetable has been set for any agreement.

Inquiries made of the MetLife company today state unequivocally that with respect to structured settlements  "it is business as usual". 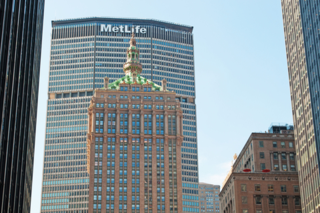