A NSSTA member structured settlement brokerage firm that is a panel broker for a major property & casualty company featured a letter to the Editor of Miami Sun Sentinel on January 5, 2016 structured settlement factoring executive James Sutherland on behalf of the National Association of Settlement Purchasers, that could best be described as "damage control"  from a pirate ship that has sprung some big leaks.

"Recent news reports have attempted to portray the structured settlement purchasing industry as one that purposefully lacks transparency and persuades the disabled to sell a lifetimes' worth of income for much less in return. This is a biased take on the industry and the laws in place that govern structured settlement transfers.

Structured settlement protection acts, enacted in 49 of 50 states mandate that all potential transfers are subject to a rigorous court review process that requires a judge to approve the transfer and that it be in the "best interest" of the payee. Further it must meet certain standards of payee transparency and disclosure - the very opposite of secretive. These statutes fulfill federal law that requires judges to approve such transfers. Purchasing companies must also advise payees to seek independent professional advice.

Many states have additional provisions to protect consumers in the secondary market. Presently there is legislation underway in Florida that would ensure disclosure requirements for beneficiaries, mandate court approval of transfers across the state, personal appearance in court by the payee, filing of applications in the county of residence of the settlement seller and additional transaction disclosures and transparency requirements. This legislation is supported by the structured settlement purchasing industry, including its trade association, the National Association of Settlement Purchasers.

The association and its members support efforts to enhance the quality and character of the industry, and will continue to push for protective requirements that improve the secondary market for structured settlements. 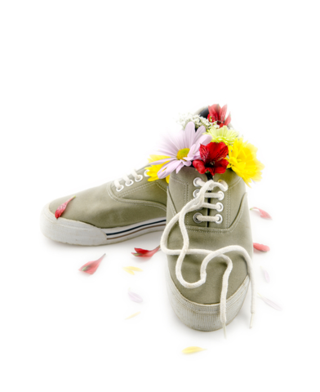 If You Just BandAid the stink, the stink remains

Sutherland's comments on behalf of the National Association of Settlement Purchasers are fluffy opinion, tantamount to a pumping a few spritzes of air freshener in your stinky running shoes.  Sutherland selectively ignores the fact that there are now 4 pending lawsuits against settlement purchasers, including three members of NASP that contain serious allegations about the business conduct of these companies and have exposed the flaws in the current system.  In my year end post I predicted that there would be several others that may be filed in 2016 against other settlement purchasing industry members, including NASP members.

All this reform has been stimulated by ongoing  "blistering" front page stories in the national and regional news media that are hard to ignore.  Whether its deplorable business conduct in the manner of soliciting structured settlement annuitants, gamers of the system, or judges that can't possibly give adequate consideration for the job they are supposed to perform under the applicable structured settlement protection act because too little time is allocated for structured settlement transfer hearings.  As the layers of the onion are peeled back and more ugly business conduct is exposed through the media and in lawsuit discovery, we'll see who is hurt and we'll see how members of the National Association of Settlement Purchasers and others treat their client adversaries.  So far the responses have been underwhelming.

Sutherland fails to acknowledge that his industry and its participants are not subject to any licensing or regulatory standard across the country. This has led to the participation in the structured settlement payment purchasing industry by those with felony records.  There is no regulator with the power to fine, suspend or revoke the ticket to do business of any structured settlement purchaser.

Perhaps the State Treasurers of the 50 states should ask their attorneys general, why they permit the figurative "pirate ship" to sail into and solicit the citizens of the state without registering to do business. Think of the thousands of dollars in tax revenue that could be generated by each if  they only started fining all the companies and collecting the filing fees and fines from the time they started soliciting business in the state.