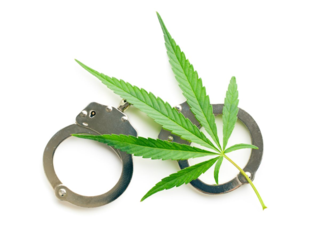 Nicholas John Jackson, an Annapolis Missouri man formerly associated as a consultant with various structured settlement buyers, is now facing felony drug charges filed in St. Francois County on  January 6, 2016, according to public records [see 16SF-CR00066 - ST V NICHOLAS JOHN JACKSON at Case.net].  Jackson has served jail time several times since 2012 and it was only in September 2015 that Jackson was sentenced to 80 days in jail over a domestic assault charge from September 2012.

Nicholas Jackson, who also operated as Jackson Structured Funding and Selling Your Structured Settlement (SYSS) in Annapolis Missouri, was a consultant for Genex Stategies, Inc., the parent company to Genex Capital. Genex is the owner of StructuredSettlement-Quotes(dot)com  [ a fact that it deliberately concealed from May 2012 to June 2015, when a lawsuit by Woodbridge Structured Funding alleging that SSQ was nothing more than a fraudulent and deceptive scheme, was settled].  Nick Jackson worked on the SSQ site.

Without a license and relevant credentials, Nick Jackson has also held himself out on LinkedIn as a "Senior Financial Adviser" to Mt Airy's David Springer, of a judicially determined purported company "Sovereign Funding Group", who himself was sued in 2011 and later found liable by a Maryland Federal Judge in 2015. Jackson and his mother were SEO/SMM marketing consultants to David Springer and SFG from 2011-early 2012 during which time dozens of oddball videos were produced promoting Sovereign Funding Group as a business and a going concern and in one case, fraudulently promoting David Springer as a lawyer.  That video was submitted as evidence in the Woodbridge Federal case against Springer. Yet despite large sums of money being paid to Oassist and extensive video evidence to the contrary that remains on the Internet, David Springer  contended in suing Erie Insurance Company (for legal fees to defend a 2011 defamation suit brought by JG Wentworth that settled in March 2012) that Sovereign Funding Group was not actually in business during that time frame and therefore they should pay the legal fees under the homeowners policy.

We continue to call for robust regulation of the structured settlement secondary market that includes a licensing standard and background checks.  No such regulation exists today.