These were the structured settlement payment rights sold: 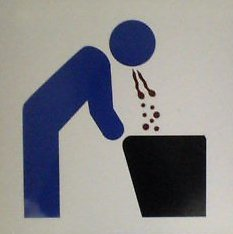 the deal bore a 15.24% effective discount when the deal could have been purchased for a discount rate of more than half that and put in excess of a million dollars more in the AIG annuitant's pocket.

The petitioner is listed as 365 Advance Services and the assignee of the payments is Novation Funding LLC, a member of the National Association of Settlement Purchasers (NASP)

The papers contained the typical disclaimer that the seller waived independent professional advice.

Two questions that should be answered in relation this file is when and why/ at whose direction was the petition to transfer removed from the publicly accessible court record?

The petitioner for the factoring deal does not appear to be registered to do business in the state where the transfer was approved.

And Garry Sweet, the judge in question, signed the order,  la-di-da la-di-da.  Structured Settlement Protection Act?  A fiction on this showing.   How was the structured settlement factoring transaction in the seller's best interest with those parameters?   How many structured settlement transfer cases has Judge Sweet reviewed?    In how many did the annuitant appear in court? Did Cedric Martez Thomas appear in Court so the Judge Sweet could question him?

Some of the dissenters in the among settlement purchasers say that you should be able to say and do what you want if you are an adult.  If you think you're a big man and don't need some judge asking you questions, what if it was a question that could make a $1 million difference in your financial viability?

A mandatory IPA would also have given someone pause on this for sure.  Something for the Florida legislature to think about.

Multiple settlement purchasers were made aware of this case when it was electronically filed but due to the nature of the way it was filed, with substantial portions redacted, were unable to contact the annuitant to make him aware that he could have done better,  a hell of a lot better.

As much as some detest court scraping, supporters contend that it forces down discount rates through more competition.

More to come on this story for sure.  Meanwhile if you are in the primary market and sold a substantial VALIC structure on an infant in a New York case , with parameters close to the above during the time that VALIC was writing in New York  (approximately late 1990s early 2000s)  please contact me.