The Annuity Action Network call to action displays consecutively larger piles of dirty money.  That's right, piles of quarters or silver dollars with dirt sprinkled on top, like sugar, festooned with the roots of a lonely bud perched atop the dirt.

Who thinks "dirty money" is going to motivate people to sell their structured settlement?   Who writes these ads?  Social Media Road Kill of the highest grade.  This "bud's" for you.

How solid are the roots of your "budding finances" after selling your structured settlement for pennies on the dollar in a smidgen of ash from your incinerated structured settlement payments?  Last time I saw stack of "silver dollars" that short, they had syrup on them. How solid is a stack of coins?  About as solid as a stack of poker chips.  Listen bud, you can easily knock over a stack of poker chips or coins, but to stop a river (of income) you need to build a dam.  And you need to be pretty "damn a-gnawing" to do that. 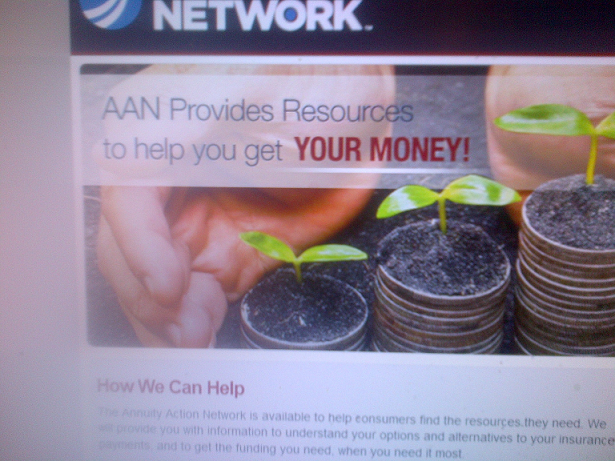 "Love that 'Dirty Money'...Cash Now is My Home"

Yeah, down by ole Sumter
Down by the county of Prince George
Aw, that's what's happenin' baby
That's where you'll find me
Along with lovers, buggers and thieves
Aw, but they're cool people

Well I love that dirty money
Oh, cash now you're my home
Oh, you're the number one place..

(parody of Love That Dirty Water by Ed Cobb, a 1966 hit by The Standells)

*screenshot of Annuity Action Network ad as it appeared on September 28, 2015 at 12pm EDT