Why Funding a Structured Settlement Before a Signed Release Makes Sense

What Does It Mean to Pre-Fund a Structured Settlement?

Note: Pre-funding only applies to the structured settlement funding amount, not the entire settlement. 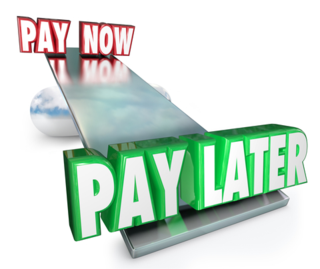 Why Pre-Fund a Structured Settlement?

How is the Defendant or Insurer Protected if it Funds a Structured Settlement Before Receiving an Executed Release and/or Court Approval?

New York Law does not Mandate Pre-funding of Structured Settlements

The New York State Insurance Department  (now Department of Financial Services) stated in an opinion released April 21, 2011 (OGC Op. No. 11-04-01) there is nothing in the New York Insurance Law or regulations promulgated thereunder that prohibits an insurer from requiring a third-party claimant to execute a release before the insurer will pay a settled claim, as long as the release comports with § 216.6(g) of N.Y. Comp. Codes R. & Regs. tit. 11, 216 (2003) (Regulation 64), which prohibits the insurer from requiring execution of a release on a first or third-party claim that is broader than scope of the settlement.

In its analysis the Office of General Counsel wrote " Claimants and insurers often resolve disputes through settlement. Settlement is most commonly achieved through a binding contract in which a party with a potential legal claim is compensated in exchange for executing a release or covenant not to sue. See 1 Dunham, New Appleman New York Insurance Law, Second Edition § 7.02[1][b] (Matthew Bender). By settling, a party achieves finality, avoids the time and costs of litigation or arbitration, and eliminates the risk of an adverse judgment in litigation or arbitration. See id.

"Date Slide" or "Flex" language inserted into a Court Order and settlement documents may be helpful in cases where a funding date has been anticipated but timing of funding is not completely certain, whether due to the reasons above, or in consideration of the workload and workflow of the plaintiff lawyer to submit papers for Court approval and the concomitant workload and congestion on the Court docket. Structured settlement annuity issuers are generally willing to accept flex language for a "date slide".  One carrier issues a letter with the delivery of each contract that details how the date slide has been applied