Dick Risk made a conscious decision to resign from the National Structured Settlement Trade Association over a decade ago. Now he goes waaaaah! waaaaah!

So in a case of " its NOT his party and he can cry if he wants to", Disgruntled Dick, who does not have an invite to Wednesday night's NSSTA party with members of Congress and the House Ways and Means Committtee, the AAPD etc,  apparently wants to influence attendees and distract from the critical issue of secondary market reform by stating the tired message that "Congress’ noble goal of supporting accident victims has been upended  by the current system in which insurers and their consultants often deceptively rig structured settlements against accident victims".  What a load of outdated baloney!

Dick's support for his position is a lawsuit against Ringler Associates, the country’s largest structured settlement brokerage company, which submitted what he calls a remarkable court filing in an Oregon class action, denying that it “owed plaintiffs a duty to exercise reasonable care” when placing them in to annuities with Executive Life Insurance Company of New York almost 30 years ago.

Recently he wrote another choice piece of mystery deli meat which was published in Life Health Pro, replete with factual inaccuracies and risible misplaced metaphors. I shredded it on March 13, 2015 in Structured Settlement Pulp From Disgruntled Dick in Life Health .

What Dick Wants from AAPD and National Consumers League:

1. Ensure victims have better access to their own structure consultants

Plaintiffs already have plenty of access to their own consultants.  From my own personal experience and speaking with others, there are consultants involved on both sides of most transactions.  Risk fights the battles of yester decade. Let it go!

Diversification may be prudent ,  but so is knowing your customer and designing a solution that meets your client's, ah "risk profile"?  SWISH!   How can a member of Congress determine what is an acceptable level of diversification for everyone?  Dick Risk implies that we should be bakers of cookies not settlement planners. 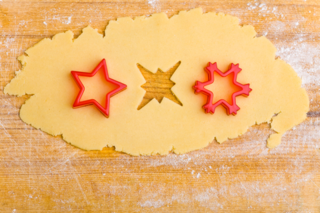 Why not simply push for mandatory state disclosures nationwide, similar to what is in place in New York, Florida, Minnesota and Massachusetts?  Why "The Hill?"

Have Dick Risk and the horse he rode in on done anything for the Structured Settlement Caucus?

I have no personal knowledge of anything.

Lastly it appears in his blog post in The Hill publication is Dick Risk is alleging that a certain attorney at Hogan Lovells is dishonest for allegedly having "simultaneously represented a major insurance company in the Executive Life matter while he was also being paid to represent accident victims and the structured settlement industry".