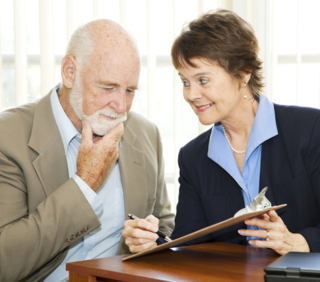 It's not just fiduciaries. Some spouses and girlfriend/boyfriends are using the "power of love" or "friendship" to convince the annuitant to part with their core income stability for a discounted sum of cash now to invest in a business or discretionary material item. a transaction that may not fit the annuitant's risk profile or  best interest. One settlement purchaser related to me that the transfers are driven by these spouses and significant others and the actual annuitant often appears to be less enthusiastic about the deal.

Believe in the "power of love", but "fight the powers that be" of emotional stupidity

Think long and hard before you quit your job

If you have a long term structured settlement, paying you for life, you essentially have an income  "job", with tax benefits, that you can never be fired from AND a retirement plan.  If you have a structured settlement that pays you for 10 years, 15 years or 20 years, that's still longer than the contracts of many top athletes! You're not a loser.

Your best defense against predatory spouses and significant others is to show up in court at your transfer hearing and speak up.  Don't listen to any cash now pusher that coaches you to lie or not show up on court, who says it will be easier if you do an affidavit.  the structured settlement protection acts are intended to protect annuitants.  Don't waive your rights. Make sure to get sworn in to tell the truth and then tell the truth.

And if you should happen to be on the Portsmouth docket in Virginia, be sure that you have more than 1-2 minutes allocated to your hearing so that adequate consideration is paid to your case.  The Portsmouth docket has gained notoriety recently after it was discovered that Judge Dean Sword, Jr. had 15 transfer hearings scheduled in 15 minutes.  Doubts arise over whether or not it was humanly possible for Judge Sword, or any judge, to give adequate consideration to any one of those cases to determine if such transfers are in the best interest of the seller or any applicable dependents.