In the context of his March 12, 2015 article "In wake of lawsuits, storm clouds over structured settlements", dredging up Sylvester Stallone's epic portrayal of  Rocky, or  the structured settlement industry as Rocky "getting pummeled", in his opening paragraph,  to conjure up the image that Richard Risk wants to convey, merely demonstrates that Dick Risk may have been boomeranged in a "rope a dope" of his own creation. Richard B. Risk goes by the name "Dick Risk". 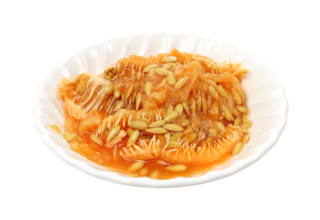 If indeed Dick Risk believes his own press clipping, Rocky was supposed to be a patsy for Apollo Creed. Instead the underdog took Apollo Creed all the way and Creed was surprised by the tenacity of the southpaw. Then of course there were multiple sequels, Rocky II where he defeated Apollo Creed, Rocky III where he defeated Clubber Lang and Rocky IV where he beat Drago, in revenge for the "ultimate knockout" of his then buddy, Apollo Creed. Risk looks foolish for his hemispheric portrayal of  the structured settlement industry as Rocky "getting pummeled", It merely demonstrates that Dick Risk may have been boomeranged in a "rope a dope" of his own creation. As a fighter,Rocky kept getting up after gettng down. In real life Sly Stallone wedded and divorced glamazon Brigitte Nielsen, who played Drago's wife in Rocky IV.  If the structured settlement industry can get up after getting knocked down as much as Rocky they will have succeeded.  Thanks Dick!

In"barely" the same breath as Risk's "Rocky raccoon" , Richard Risk refers to structured settlement industry production in stating that the industry’s production last year was "barely two-thirds what it was ten years ago", in real terms. The link is to an excerpt of a report compiled by Melissa Evola Price of SFA Inc. and is used completely without attribution by Richard Risk or LifeHealthPro to Ms. Evola. I confirmed with Ms. Evola that Risk is not on her distribution list. So someone on her distribution list supplied the Evola work product to Risk and Risk and/or LifeHealthPro used it without attribution.   This is where Dick comes up short.  Most people in the structured settlement industry know that the spreadsheet is produced by Evola (and therefore would likely attest to the plagiarism) because she has diligently done so for many years,  but the wider readership of LifeHealthPro does not.

Setting that aside the questionable ethics of using someone else's work without attribution, Dick Risk's math is way off.

What is the Point of Richard B. Risk's article?

So if we eliminate the first paragraph of Dick Risk's article for the miserable subterfuge that it is and discount the plagiarism of Evola's work product at the time of publication,  what is Risk really trying to say?

" As a longtime believer in structures’ value", he nevertheless thinks  the issues raised in two lawsuit filings show that the industry desperately needs to improve controls on the $5-plus billion in settlements it handles each year.

Risk feels that "this is where things could get problematic for Ringler and, importantly, risky for claims insurers* that  Ringler worked with on the settlements in question.  A key issue: Did
the claims professionals or Ringler’s consultants know prior to securing  ELNY annuities that ELNY was unlikely to be able to meet its future obligations?

*Claims Insurer is a non-sequitur which appears to be made up by Risk. There is neither such term in a Google search today, nor does it make sense. An insurer provides cover for its insured against the risks of perils. Generally an insurance contract will  provide for the defense and indemnification of valid claims in accordance with the terms of the contract. A  claim is "to make a demand for money, for property, or for enforcement of a right provided by law".

So there's the "Grateful Dead" rub,  speculation about an inevitable visit to "shakedown street" for Travelers and AIG, cited in Risk's article who are among the insurers that insured the Defendants ( that were clients of Ringler Associates),  IF discovery uncovers a smoking gun and Plaintiffs are able to prove their case.  I repeat the Plaintiffs must prove their case.

There's also the gratuitous cite of Rick Woolams, AIG's top claims executive, cited as "according to someone who heard the speech".  The tell tale cite gives away the source. poorly disguised because he "anonymous" source repeatedly cites that 2012 speech in San Francisco. Anyone in the structured settlement industry could identify the anonymous source based on that Rick Woolams' cite.  If the anonymous source wants to remain anonymous they should stop using that cite!

In my blog of February 9, 2015, Ringler Sued | Structure Broker Mike Woodyard in Alleged $4MM Ponzi Scheme,  the issues in that case are clearly laid out, in particular that the way the premiums were submitted to Woodyward and/or his entity were highly irregular and not at all characteristic of  how members of the structured settlement industry generally do business. At time of posting there have been no criminal charges against W. Michael Woodyard filed in any Federal Court (source; Pacer.gov) and I have no idea if has been arrested.  Sources claim "they  (FBI) know where he is"

This lawsuit IS NOT weighing on structured settlements.  If anything at all, it is weighing on Ringler Associates.  If Ringler Associates goes out of business because the alleged actions that have associated with its former rogue broker  have been proven and a monetary award or settlement together with everything else exceeds its resources, rendering it unable to continue as a going concern, its producers will land elsewhere.  For Risk to say it weighs on the industry is pure baloney.

Richard Risk admits that "the complaint suggests that the annuities in question were not structured annuities"  If so then why would that weigh on the structured settlement industry?

So for the first time "weatherman" Risk  says in the LifeHealthPro article:

"A key issue: Did the claims professionals or Ringler’s consultants know prior to securing ELNY annuities that ELNY was unlikely to be able to meet its future obligations?

This is no idle conjecture. I was a structured settlement consultant during the 1980s, when ELNY was issuing structured annuities.  At the time, there were clear warnings about ELNY’s future given its excessive reliance on the unstable junk bond market. [ is Risk going to appear as a witness in the case?]

Moreover, Baldwin United's failure in 1983 had already shown how a run on assets at an under-capitalized insurer could cripple its ability to meet future obligations.

Despite the warning signs, many claims professionals were known for pushing the use of ELNY annuities to save money, even as ELNY’s under-capitalization became too obvious to ignore".

If such was the case, why has the outspoken Dick Risk not written about ELNY in 30 years.

Where is Risks' criticism of his SSP colleagues who wrote Executive Life or  ELNY annuities?