BUT, the New York Secretary of State has no record of Seneca One Finance, Inc. as this search clearly shows 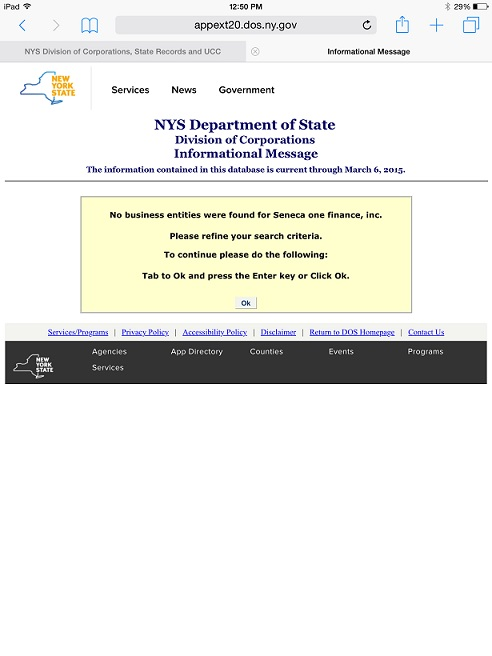 Given the Michael Lafontant lawsuit against Washington Square Financial d/b/a Imperial Structured Settlements,  where a New York resident was solicited, over and over again, by another unregistered out of state settlement purchasing company multiple times and was allegedly victimized over and over again, leaving him with no structure left.

It's bad enough that there is currently no licensing standard.  When is enough, ENOUGH?

In conducting their role in upholding the New York Structured Settlement Protection Act,  are New York judges first determining whether  a petitioning settlement purchaser is registered to do business in New York and if not, determining if it is in the "best interest" of a seller of structured settlement payments rights to enter into a transaction with a company that is not even registered to do business in the State?  Has the seller who enters into such a transaction even made an informed decision?

As I pointed out to Earl, the above post is about Seneca One Finance, Inc. not Seneca One, LLC , a distinctly different legal entity.

The Seneca One website that New Yorker’s arrive to on the click through has a copyright Seneca One Finance, Inc. 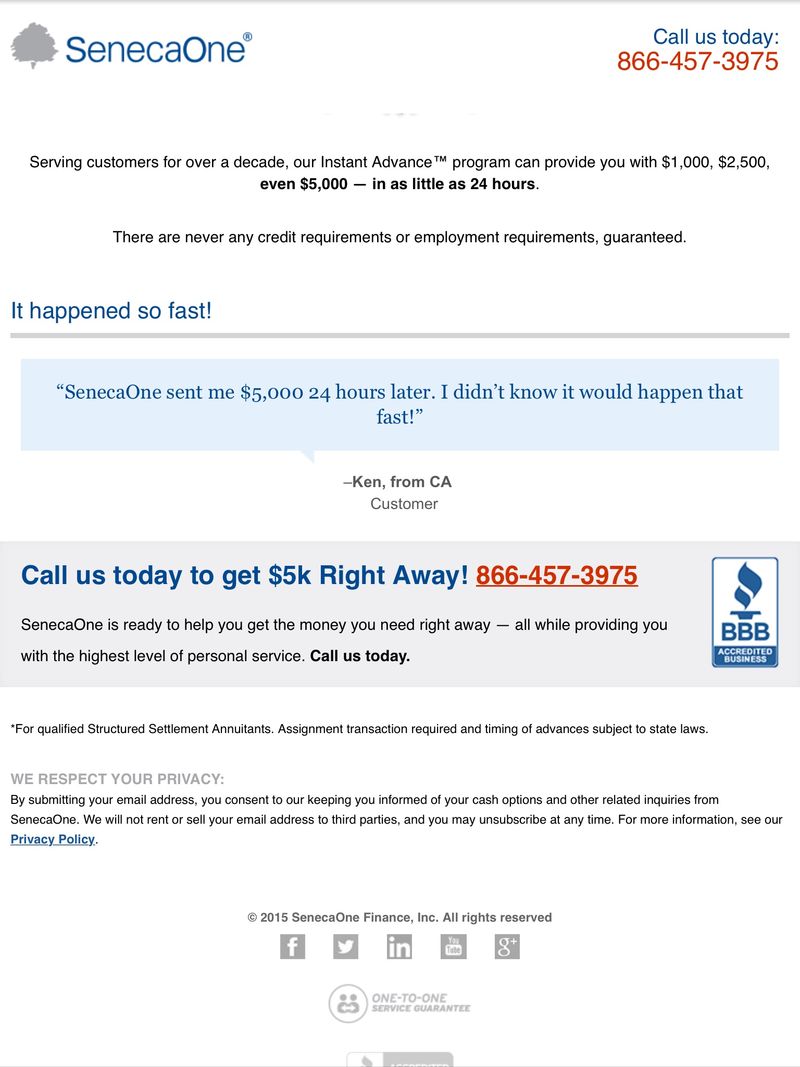 There is no mention of Seneca One, LLC on the web page that consumers see on the click through. It's easy to see how anyone, including a consumer can be confused in a case of first impression. As you can see from the above pdf Seneca One Finance , Inc. is NOT registered in New York.

The NASP website which Nesbitt referred me to today shows Seneca One, LLC as a member AND in Member News refers to Seneca One Finance, Inc. https://nasp-usa.com/members/nasp-member-news/ in a posting of January 28, 2015.

Given that Inc. and LLC are by definition two distinct legal entities, perhaps Seneca One should consider, when soliciting New Yorkers, linking to a webpage in the name of an admitted entity, not a non-admitted entity and/or disclosing the alternate names on the landing page.  Is it unreasonable for consumers to expect to know who they are dealing with up-front.

That being said, there are many other settlement purchasers soliciting structured settlement factoring business and doing deals in states where they do not hold a state registration.  As the article asks, "are New York judges first determining whether a petitioning settlement purchaser is registered to do business in New York..."

Why not have symmetry with the rules for structured settlement brokers and insurers?  Under New York State law, insurance advertising must state the legal name of the insurer and the address of its home office.